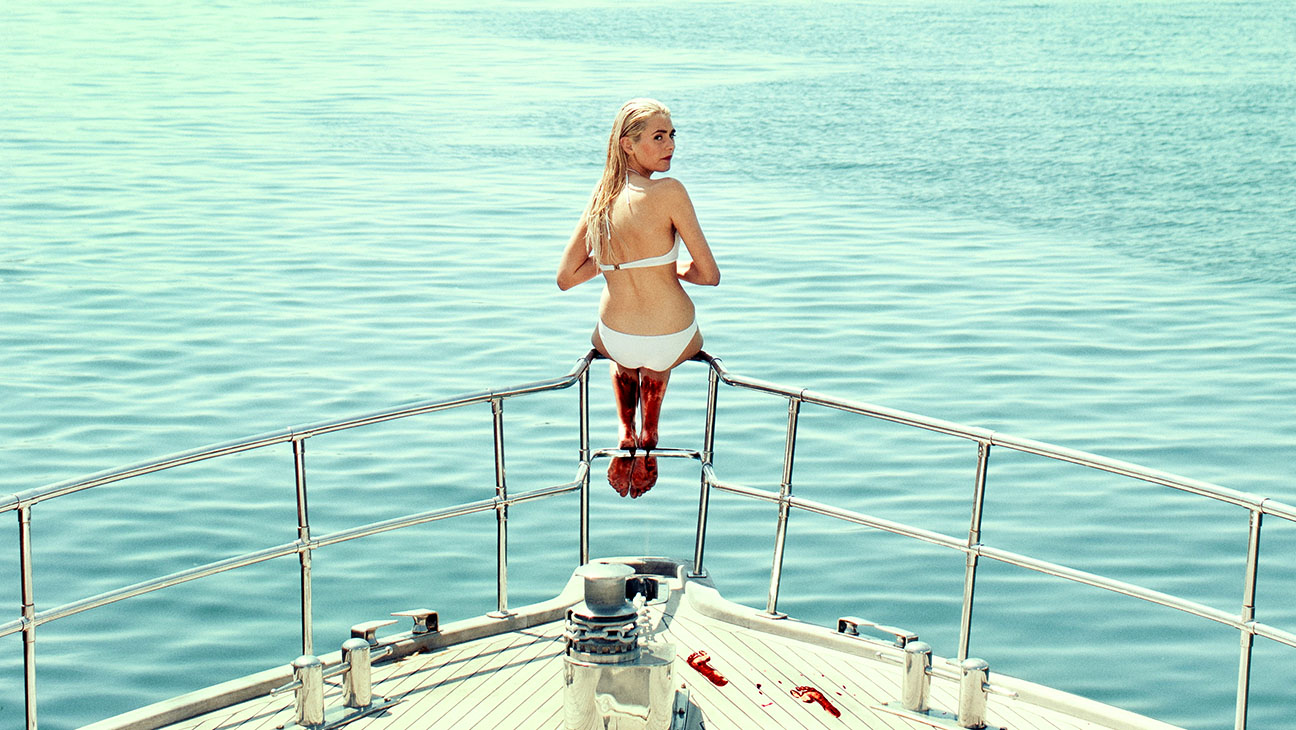 Applying The Lost Highway Hotel’s ‘Seal Of Approval’ to this film feels like an act of self-sabotage, yet I can’t help but respect what Isabella Eklof has attempted to do with this picture… ugly, nasty and confrontational as it may be.

It’s been a little while since an honestly transgressive picture has been presented to the UK by the world cinema market (Gaspar Noé’s tiresome Climax notwithstanding). Following the explosion of ‘extreme’ cinema in the early 00’s, an element of perverse cool became attached to increasingly brutal and explicit pictures. But fatigue set in, most likely around the release of the attention-seeking A Serbian Film. Isabella Eklof’s film doesn’t deserve to be lumped in with such gaudy exploitation fare, but it may end up doing so as it bristles any audience it comes into contact with.

In direct opposition to much of extreme cinema, this brightly-lit feature feels downright minimalist and reserved for the majority of its running time. Victoria Carmen Sonne plays Sascha, the trophy girlfriend of a European drug lord named Michael (Lai Yde). We passively act as witness to her exploits holidaying with Michael’s inner circle around the Mediterranean. Eklof keeps her camera at a remove, lining up characters across the screen as though they are on stage for us. In our seats, out in the dark, we are free to judge their behaviour, sometimes rowdy and drunken.

Sascha makes friends with a man named Frederik (Thijs Römer), a nomadic type who sails the area, comfortably well-off enough to sustain such a lifestyle. Michael doesn’t take kindly to the interloper, and takes out his aggression on Sascha. Thus, just as clinical boredom is threatening to set in, Holiday presents – with the same detached coldness – her rape, on a living room floor, in bright daylight, from start to finish. Eklof’s passive camera suddenly becomes a cruelly unsympathetic witness.

Putting aside how uncomfortably realistic this scene is, what follows separates Holiday from the slew of other unpleasant films to tackle rape head-on, and boldly challenges the conventions of the ‘rape-revenge’ sub-genre. We assume that the third act of the film will find Sascha turning on Michael; reclaiming her power and getting bloody satisfaction. Isn’t that what we’ve come to expect from so many other pictures (including, most recently, Coralie Fargeat’s schlocky and celebrated Revenge). Instead, Eklof argues that such fantasies are unrealistic, and perhaps a more complex response aligned more closely to Stockholm Syndrome might be anticipated.

The rape narrows the focus of the film to a razor sharp point; a sea change following the long and seemingly aimless preamble. There is violence to come, but Eklof steadfast refuses to get up close with her central trio. This discipline makes the film feel like a difficult albeit pristine exhibition. It’s a clinical art piece; furious, but with a fury that’s held, as though through gritted teeth. One suspects Eklof is outraged at Sascha’s ultimate actions, but wants to acknowledge that such responses happen.

Eklof’s defiance makes Holiday feel austere and strong like a Michael Haneke film. The argument being made here is not intended to represent all victims of rape. Sascha’s own personality informs her decisions. That the victim of abuse might defend her abuser isn’t a new idea, or particularly new to cinema, but for this internalised process to be depicted with such a distant, unblinking eye does feel like new ground, and a direct challenge to our expectations.

What, as viewers, do we want from a rape-revenge film? What are we seeking in seeing further bloodshed in kind? What catharsis? And what if said violence were directed elsewhere? Are we still sated? Did we get what we wanted? Does Eklof’s gender give her position here more credence than if a man had orchestrated Holiday?

These are interesting questions, and exploring them isn’t easy. Holiday makes the effort. It feels as exposed as the publicity image of Sascha, perched on the bow of Michael’s yacht, turned to camera with bloody feet. The film is like her; uncomfortably out on its own, trailing its own mess, staring back at the audience, daring us to blink.

Holiday is a film I approve of. Not for how sensational it is, but for how coldly and nihilistically it stares back at us.