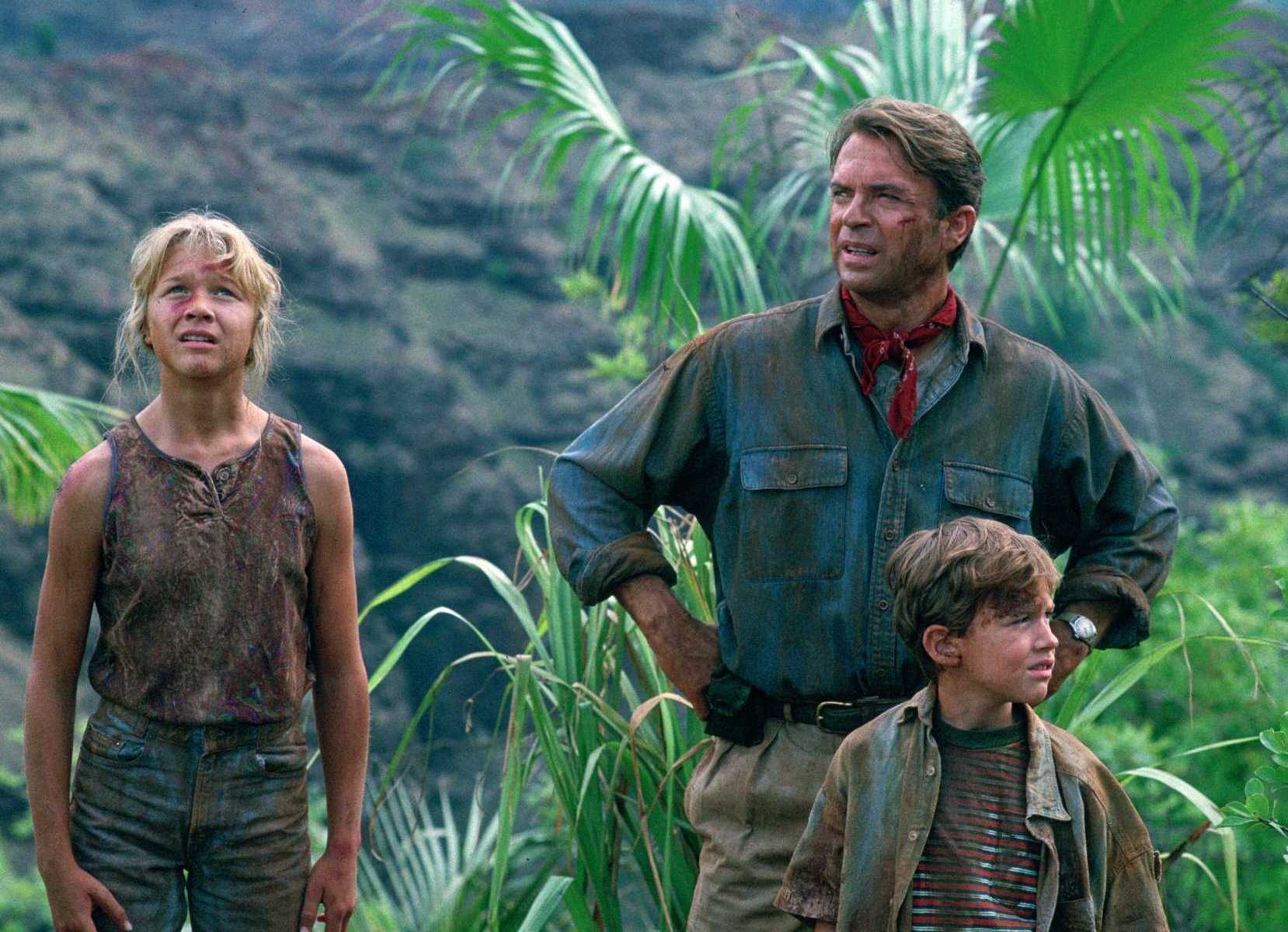 After 2016’s rather blighted season, it’s quick, easy, even lazy to decry the age of the summer blockbuster over. It’s true that the release schedule has changed somewhat. These days the big tent-pole studio films aren’t even tied down to  that old staple the public holiday, instead appearing whenever it seems as though there’s enough space to hold court for a fortnight or more, chancing it all year round. But all the same, it’s hard not to look back at the likes of Jurassic Park as the kind of event movie we’re rarely afforded these days.

I’m pointedly discounting Colin Trevorrow’s Jurassic World, which conquered the box office last summer. It drew the dollars, absolutely, but the film itself has already grown vague in the memory; distinct for it’s lumbering stupidity more than it’s nominal highlights. No, for a summer blockbuster to genuinely endure and grow beloved it needs not just the marketing, but the material to sustain itself (something DC would do well to consider as they continue to damage their brand for the sake of swift revenues).

For a while there was no director thought of as more qualified to fulfill these dreams than Steven Spielberg. The pessimism of his noughties output may have dampened those memories, but in 1993 Spielberg was the man who had brought the world Jaws, the Indiana Jones franchise and exec produced some of the 80’s most enjoyable flights of fancy. Marketed to perfection (even the film’s merchandise appears within the film), Jurassic Park hit at just the right moment. Dinosaurs hadn’t been back on fashion; Spielberg and Universal made that happen. And even now after hundreds of cinema visits, I can still vividly remember that one. The awe of it. The spectacle.

That sense is understandably diminished on the small screen and through over-familiarity, yet still, in 2016, Jurassic Park is the kind of summer blockbuster we cry for. More than that; it’s the action fantasy escapism we deserve. That same year Spielberg also directed the lauded Holocaust drama Schindler’s List – on paper the more laudable film. And while that film’s reverent austerity is indeed impressive and emotionally resonant, it’s Jurassic Park that endures for me as a key film of its era, and a prescient one at that.

Just look at the film’s gender politics, which are wrapped up so basically within it’s mechanics that they don’t initial present themselves as forward-thinking. But consider it. Laura Dern’s Dr Sattler isn’t just the tag-along girlfriend to Sam Neill’s Dr. Grant; she’s his intellectual and professional equal, quipping memorably about female superiority just as she rebuffs the advances of the film’s foremost sex object, Dr. Malcolm, played with affable gusto by Jeff Goldblum. He’s the one who spends half the movie laid up and fragile, exposing his chest for the viewers’ pleasure.

Male bravado in Jurassic Park is as doomed as the enterprise itself. Muldoon is perhaps the strongest embodiment of what we might ordinarily expect in a film like this with his outmoded colonial hunter’s mentality. He drifts inconspicuously through the film like a genuine relic of a lost era. His comeuppance, wouldn’t you know it, comes courtesy of the all-female raptors, who catch him in a trap the audience is wise to thanks to some expert foreshadowing that occurs before we’ve even reached the island. He’s all talk and no fore-thought, easily bested by a pair of clever girls.

Female dominance extends to the kids as well. Tim is the goofy little idiot (I still laugh with immense schadenfreude when he gets blown off that electric fence), but Lex? She’s smarter. Hell, with her hacking skills, she’s useful. Such traits shouldn’t be remarkable for female characters, but sadly they are. Despite the work laid down by Jurassic Park, Hollywood remembered the spectacle of (female) dinosaurs roaming the earth, and put strong women back in the box, by and large. Nevertheless, Spielberg’s film stands as one of those all-too-rare Hollywood blockbusters to afford its women a decent shake.

Likeable and capable as he is here, its tough to imagine someone of Sam Neill’s level of celebrity being allowed to supposedly carry a major motion picture now. In present terms it would be akin to leading the pitch with, say, Michael Stuhlbarg, or Christopher Eccleston (which is a shame, I’d show up for either). Of course, Spielberg was savvy enough to realise that the effects work would be the real star of the show. Though they occasionally look a shade dated now, the digital effects work in Jurassic Park still looks marvelous, and is in keeping with the relative production value evident elsewhere. The use of massive puppets and animatronics to sell as many of the key interactive sequences was equally wise, and it’s a credit to Spielberg and his teams that it all works seamlessly.

And it’s the sequences in which the dinosaurs interact with the humans that really sets this apart from its contemporaries and successors, even now. Jurassic Park is a relative slow burn, even laughing up the disappointment of safaris as Grant and co take their fateful first tour of the exhibits (an open example of baiting an audience in order to capitalise on the suspense later). But when, nearly an hour into things, the power goes out and the T-rex emerges, it begins a constantly evolving set-piece that is practically without rival. From those ripples in the water, to the car getting turned upside down, to the car going over the precipice, Spielberg keeps viewers rooted compellingly in the moment, teasing out the evolving situation for all it’s worth without labouring anything to the point of self-parody. It’s organic and fluid, transitioning perfectly, caught on film beautifully by seasoned cinematographer Dean Cundey (and what a resume he had already).

Jurassic Park is a blockbuster adventure with no villain per se. Hammond’s intentions are misguided, but they come from a place of enthusiasm and altruism as evidenced when he talks fondly of his former flea circus. Muldoon as we’ve covered is all talk and no trousers, and never really villainous. Even giggling park saboteur Nedry is too incompetent to fully take the mantle. And the dinosaurs? They’re just acting their nature. No, as Malcolm explains in the helicopter and elaborates at dinner, chaos is the enemy of Jurassic Park. Spielberg’s film and Michael Crichton’s source material are a riotous celebration and warning of its sprawling indifference. By the time Malcolm gets to voice his concerns, the dominoes have already started falling. They started in the very first scene.

There was a time when I thought, simplistically, that the end of Jurassic Park was anticlimactic. That it lacked a final set-piece to rival the aforementioned astonishing mid-section. But such a bravado finale, in which – for instance – Grant and Sattler manage to take down the T-Rex and/or the raptors, returning Hammond’s park to tenuous safety, would betray the fundamental argument at the core of Jurassic Park. That argument being that there is no winning when arrogance overrides all else, when humanity takes it upon itself to attempt to hold dominion over nature. When chaos has it’s say. Life finds a way, for sure, and as such there is no quelling the threat unleashed on the island. There is only compromise and escape. Dumb luck saves the survivors of Jurassic Park. Nature is hostile and unrelenting; survival is achieved by getting out of the way as fast as possible.

And what the hell was I moaning about anyway? One of the film’s best sequences is here at the end of the movie, as Tim and Lex struggle to outwit the raptors in the park’s kitchen. It’s certainly as iconic as anything else in a film which never denies its direct links to B-movie progenitors, never courts pretension. Slyly progressive in its gender politics, damning of consequence-free thinking (and there’s plenty of that around these days) and the irresponsibility that comes with extreme wealth, but more than anything damned good fun, Jurassic Park is the kind of blockbuster we deserve in 2016, but are rarely, rarely afforded.