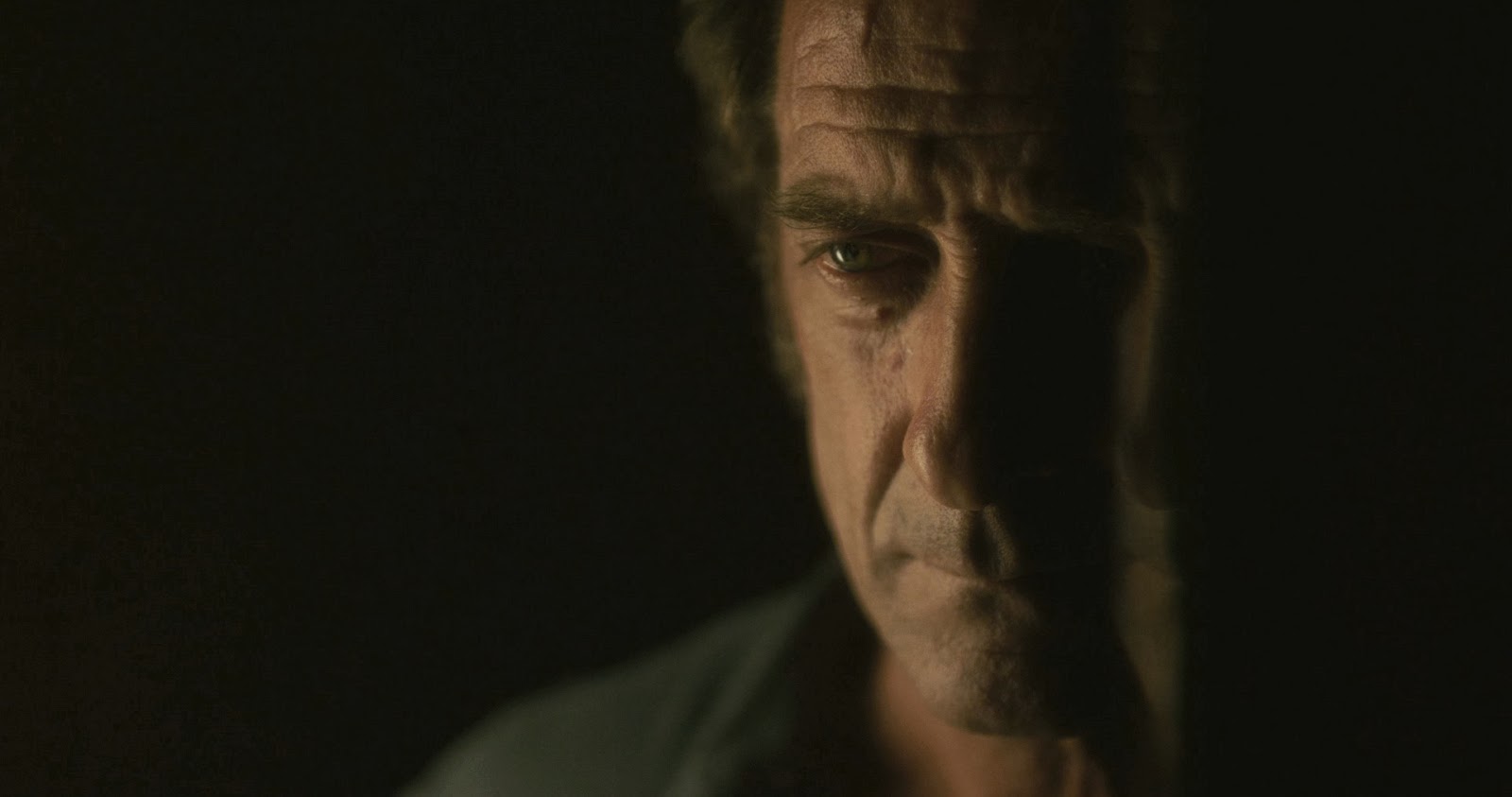 Playing in a quagmire of murk, both visual and structural, the new film by Claire Denis fleetingly suggests a number of somewhat provocative, interesting ideas but ultimately takes the lot of them and chucks them in the river like a sack of unwanted kittens.

It’s a sad surprise to see a project fail so completely at achieving anything remotely pleasing. It seemed like a strong proposition too, with that punchy name and all. The suggestion being that here we might have a lean Euro-thriller worth taking time out for. Sadly, nothing could be further from the truth. God only knows what the intentions were in this total mess of a film.

Bastards tells the story of revenge-seeker, Marco (Vincent Lindon), a seaman who abandons his duties in the Mediterranean to return home when his sister’s husband commits suicide. His sister Sandra (Julie Batalie) points Marco toward local businessman Laporte (Michael Subor) as somehow responsible for the tragedy that has befallen them; a tragedy that has also swept Marco’s niece Justine (Lola Créton) into it’s wake. We return to an arresting image of Justine throughout the film; tottering naked through the night, her legs splashed with blood from her crotch.

If that recurring motif sounds dismal and tawdry then you might be beginning to get an understanding of what a relentlessly grim and charmless proposition Bastards is. Bare in mind that it took most of the film, a lot of the walk home and a bit of online research to cobble together the brief synopsis above. Denis’ film resolutely rejects exposition. Now, I don’t mind that – in fact it can be quite liberating (last year Upstream Color proved just how wonderfully liberating) – but in order to survive being purposefully obscure you have to make sure there’s enough of a hook to sustain the viewer’s interest. We need to want to put it all together. Bastards offers no such incentive.

It’s opening 15 minutes or so offer little in the way of dialogue, just Tindersticks’ cool electronic score (which, pretty as it is, sounds akin to something from an ITV drama from the late 90s), and Denis’ disparate images of the varying cryptic story strands and confused character relations. Her pieces don’t tessellate and end up piling up like so much junk. Her conundrums are given no purpose or dimension. With little or no reason for us to connect them, the film quickly becomes much of a muchness, its scenes of misery or bored depravity neither gripping nor shocking. They just… are.

Marco fails to engage as a protagonist because the scope of his half-arsed investigation isn’t made clear until it’s more or less abandoned. Instead we watch him get romantically involved with Laporte’s estranged(?) wife Raphaelle (Chiara Mastroianni) when he’s not selling off the last of his worldly goods or cashing in his life insurance. He gets into a fight, acts surly around just about everyone, and as fate strips the cast down exponentially, his slapdash quest for vengeance tumbles down as sadly as our patience in the audience. We’re left to piece together a story that even the film’s characters have abandoned.

There are elements to enjoy here on an artistic level. Denis’ film is uncomfortably ugly – the kind of aesthetic one really has to work for. Aside from the dank hues of browns and blacks that habitually swamp the screen, Denis is exceptionally fond of pushing her camera closer to her subjects than we would ordinarily request. Faces fill the screen awkwardly; these aggressive close-ups pitching a kind of visual atonality at us. Denis’ preoccupation with muscular physicality provides some interesting imagery as well, both in the gruff bulk of Vincent Lindon and the glacially voluptuous beauty of Chiara Mastroianni. Their scenes together seem to inspire some of the most arresting compositions.

This alone can’t save a film as bluntly unenjoyable as Bastards though, and again one is forced to wonder what the ultimate goal of this project was for Denis. If it was to highlight a specific cultural flaw or expose ongoing crimes of negligence, then the message has been elusively masked from view. Unless the point here was to create a decidedly turgid, misanthropic and simply boring viewing experience, Denis has flown so wide of the mark that she may as well be a disappeared MH370. And if that topical reference seems a little unseemly, it is only fitting for such a sour-tasting experience such as this one. Prepare to disengage.