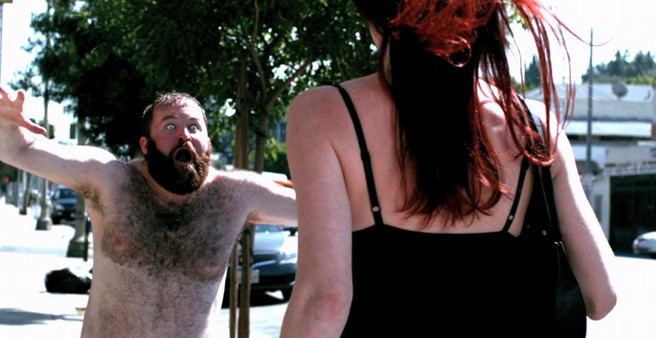 The unnecessary sequel is a prevalent beast in horror. Later this month a sequel to the dire 2006 WWE slasher See No Evil will appear direct to VOD. What would be a lamentable non-event has been lent an air of anticipation thanks to the involvement of Jen & Sylvia Soska, the twisted twins who last year brought us the sensational American Mary. They’re responsible for one of the segments here in The ABCs of Death 2, another prime example of  an unnecessary sequel that now needs to be dealt with.

The brief is the same again; 26 filmmakers are each given a letter of the alphabet and asked to pick a word beginning with their letter. They then get creative freedom to make a short film about an inventive way to die based on their chosen word. The films run in sequence from A through Z for two hours. At the end of it all, as the credits roll, we all get to discuss how sorry we feel that this happened again.

The first film worked on paper better than it did in practice. Seen in the cinema there was a degree of deranged novelty to it that almost made up for the wildly varying quality of the work. Time, however, has not been kind to the project, and the home re-watch value of The ABCs of Death has plummeted. Was anyone really craving another go at this? Nevertheless, like the less frantic V/H/S series, there’s always the possibility that last year’s crop will inspire this year’s filmmakers to up the ante. The ABCs of Death 2 could surprise us all, couldn’t it?

Well, no. The short films this year can largely be divided up as before. There’re the silly skits (‘B’, ‘G’, ‘M’), the animated (only ‘D’ and ‘H’ this time), the crazy Asian entries (‘O’, ‘Y’), the wearily surreal (‘P’, ‘W’) and the numbingly dour or mean-spirited (most of the rest). Unfortunately much of the occasional magic that gave the first film just enough panache to perpetuate itself was from meeting these varying styles without warning. Here, there’s a level of expectation, leaving only the option for the filmmakers to improve on what’s already been seen. And, honestly, in some instances that ought not to have been a tough job.

Unfortunately so few of these short films rise to the challenge. There’re ideas aplenty here, but a paucity of good ones. The quality, almost constantly, is that of the just-about-tolerable, and so instalments cascade by, leaving little of themselves behind. A particularly poor run begins with this film’s nadir, the irksomely kooky ‘G’, and runs all the way through to ‘M’ (the first of only a couple of pleasing entries, and even then these victories are modest). A fleeting dance with consistency teeters in around ‘Q’, but is disrupted before the alphabet’s done, the last three entries eliciting little more than a shrug.

The majority of these names, however, are unknowns to me, and so merit can only be awarded on the basis of what they’re offering. Rodney Ascher’s ‘Q’ was a welcome tonic of warm levity after the mawkish ‘P’ from Todd Rohal, Jerome Sable’s ‘V’ felt like a lost entry from the aforementioned V/H/S series and would’ve fitted well into volume 1 of that franchise, while Juan Martínez Moreno at least mixes things up by implementing giallo lighting and split-screens for ‘S’. Far too often, however, these mini-essays on losing your life get lost in the shuffle entirely. Most are fleetingly distracting curios that won’t inspire repeat viewings at all.  This time around one of the films, ‘M’, was left open to entries from around the globe. Tellingly (and worryingly for the other filmmakers here) the winner, Robert Boocheck, provides one of the collection’s few highlights, and certainly the best punchline of those that go for the funny-bone. Which are fewer than last time.

It’s hard to know what purpose The ABCs of Death 2 really serves then apart from, presumably, trying to justify a third. This certainly already feels like a franchise perpetuating itself for the sake of it. I can’t argue that it’s not a good vehicle for young, hopeful filmmakers to get themselves noticed, and maybe it’s just the final sequencing and overall ambivalent tone that renders this particular collection such a chore. But as a sit-down viewing experience, The ABCs of Death 2 is, frankly, almost totally without merit. Somehow the entertainment factor got lost between the letters. Which reminds me, the opening credits and inter-titles this time are really rather exquisite. But when the glue that holds the model together is its most admirable feature, you really have to wonder whether it was worth building in the first place?

Less than the sum of its parts.