Yaya (Charlbi Dean) is an influencer. Carl (Harris Dickinson) is a male model. Together they’re an Instagram power couple; the very definition of modern celebrity and, through this, tenuously opening the doors to the upper echelons of privilege. Their status has bought them a free trip on a luxury cruise for the indecently rich. In this environment that are the equivalent of New Money, still growing accustomed to the etiquette and habits of the super rich. They are the young and the beautiful, but not wealthy enough to discount the value of money.

The opening part of Triangle of Sadness evidences just how important money remains in their lives when a fight breaks out between them over the bill at an upscale restaurant. Himbo Carl belies his own insecurities in a catty exchange that leaves the dinner table, crosses town in a taxi, ascends in a hotel elevator and winds up in businesslike resolution in the bedroom. More a prologue than an opening act, it sets in place the dynamic between them but perhaps misleadingly suggests that they’ll be pivotal players in all that follows.

Part 2 introduces us to “The Yacht” and here the film beds down for a good hour of its running time to indulge in various vignettes of cringe comedy and crude, bodily schadenfreude. Carl and Yaya bicker at the beginning of this stretch in a bit not wholly dissimilar to their monetary spat, but broadly director Ruben Östlund uses this section to develop an ensemble, delivering fairly basic observations on the division between the rich and the help. His upstairs/downstairs routine is not without its comic highs (and lows), but generally offers little beyond the most obvious and expected conclusions. Rich people are bad and inconsiderate and self-absorbed. In Triangle of Sadness this doesn’t so much manifest malevolently as it does through blithe indifference or ignorance.

Paula (Vicki Berlin) is in charge of the staff that keep the drinks filled and the sails(?) clean, and her rousing pep-talk to her team at the top of Part 2 sets a tone of both sycophantic eagerness to please and a gleaming awareness of the proximity of Money. Because they don’t have it, they obviously want it. Go get those tips, debasement be damned. Paula is also the one increasingly stressed by the absence of The Captain (Woody Harrelson), whose drunken sojourns in his cabin effectively leave her in charge of everything. Fate is against this voyage, as disparate events conspire for the Captain’s Dinner to become both spoiled and to take place during a bout of volatile weather. Triangle of Sadness reaches with both hands for international notoriety thanks to long and explicit scenes of chundering seasickness, following these up swiftly with fecal eruptions from the bowels of the bobbing vessel.

The excess in these scenes is, I suppose, befitting of the array of broadly sketched characters that Östlund presents; themselves caricatures of over-indulgence. To bludgeon us further, he sets in motion a broadcasted debate on capitalism vs socialism as The Captain and Russian manure magnate Dimitry (Zlatko Buric) trade quotes from Reagan and Marx over the ship’s speaker system, all while the toilets overflow and passengers are hurled down flights of stairs. Östlund was awarded the prestigious Palme d’Or at Cannes this year for these efforts – his second win on the trot following the warm response to his overtly smug artworld takedown The Square. Nuance or subtlety evidently weren’t top priorities for the judges this year either. Triangle of Sadness feels like a movie egged-on by it’s director’s prior success, and its reward this year makes one wonder, grimly, about Östlund’s inevitable over-indulgence in projects to come. Rather like Alejandro González Iñárritu, the praise far outweighs the profundity of the work and seems to engender crude extravagance. 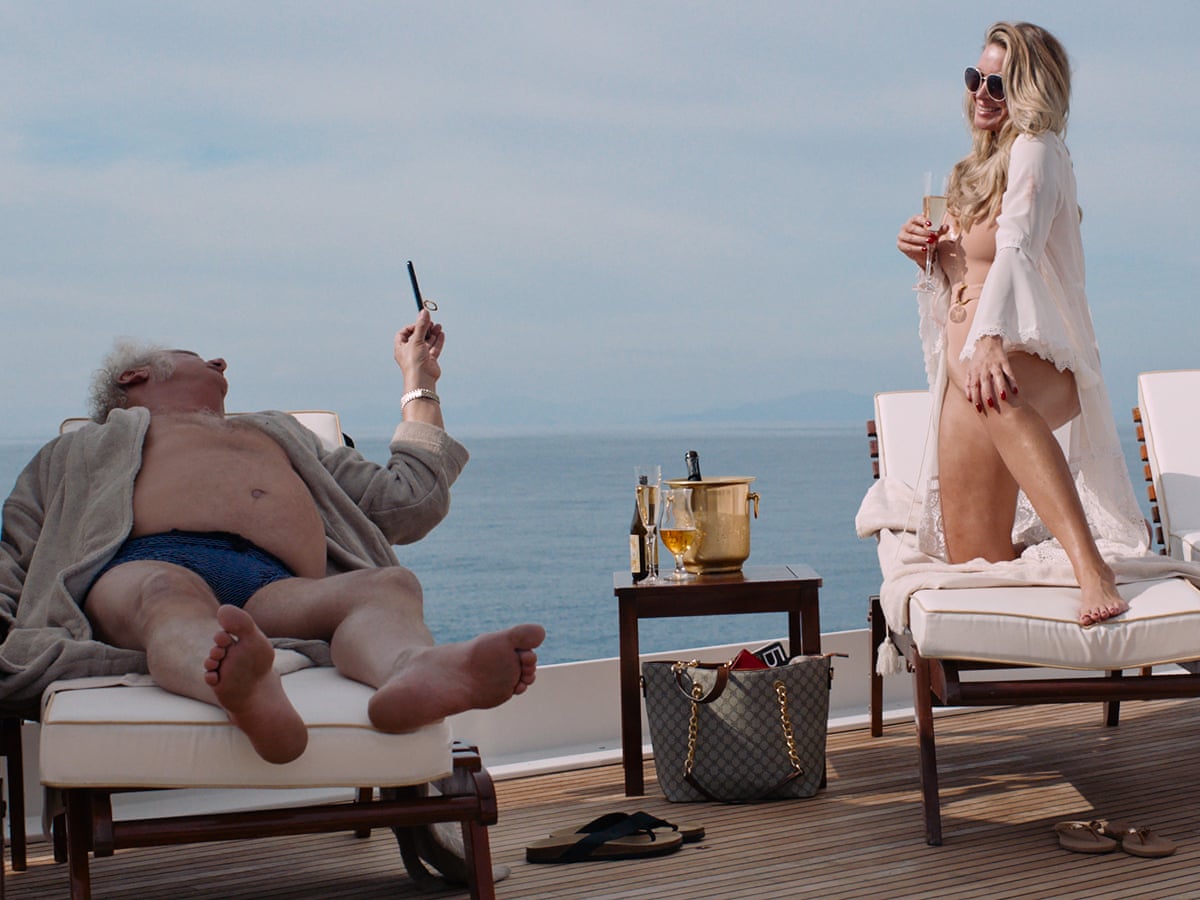 Triangle of Sadness hardly adheres to documentary realism, but becomes entirely divorced from the recognisable world come Part 3 “The Island”, which shipwrecks a scant selection of survivors with, mysteriously, no attempts made to rescue them. Here, former cleaner Abigail (Dolly De Leon) comes to the fore as the most capable among the group. She relishes the changed power structure and her ability to reward, punish and exploit her comrades. Her schadenfreude comes close to equalling Östlund’s. But this Lord of the Flies-lite minidrama gets preoccupied with the soap opera dynamics of an unexpected love triangle that feels like it exists primarily to draw Carl and Yaya back into the story. Over two hours in, the film builds to a fairly predictable punchline before leaving us as adrift as its wholly unsympathetic cast of characters seemed to be.

It’s a very well-made film. Technically speaking, little to complain about. But the sense of off-putting self-satisfaction coming from its author is more intense here than in his previous effort and it rubs a little harder since Triangle of Sadness has so little to say. It boastfully explains to us the dichotomy of rich and poor, of the haves and have-nots, ultimately coming off as rather patronising once you realise there’s little behind its facile conclusions. With the exception of Carl and Yaya, no effort is made to develop any of these people beyond their thinnest of stereotypes. They are rendered distant and unknowable; the victims of Östlund’s mud slinging who serve no other purpose. This seems particularly egregious in the case of Abigail, whose corruptibility is written as the de facto response to even a little power.

Don’t get me wrong, by and large I’m about as pessimistic about human behaviour as Östlund appears to be. But Triangle of Sadness is an egregiously long and mostly mirthless slog; neither as funny or as sharp as it thinks it is. And, thanks to the showboating (sorry) indulgence in shit and puke that stains the midsection, a journey I’ll be reticent to ever take again.

One thought on “Review: Triangle of Sadness”