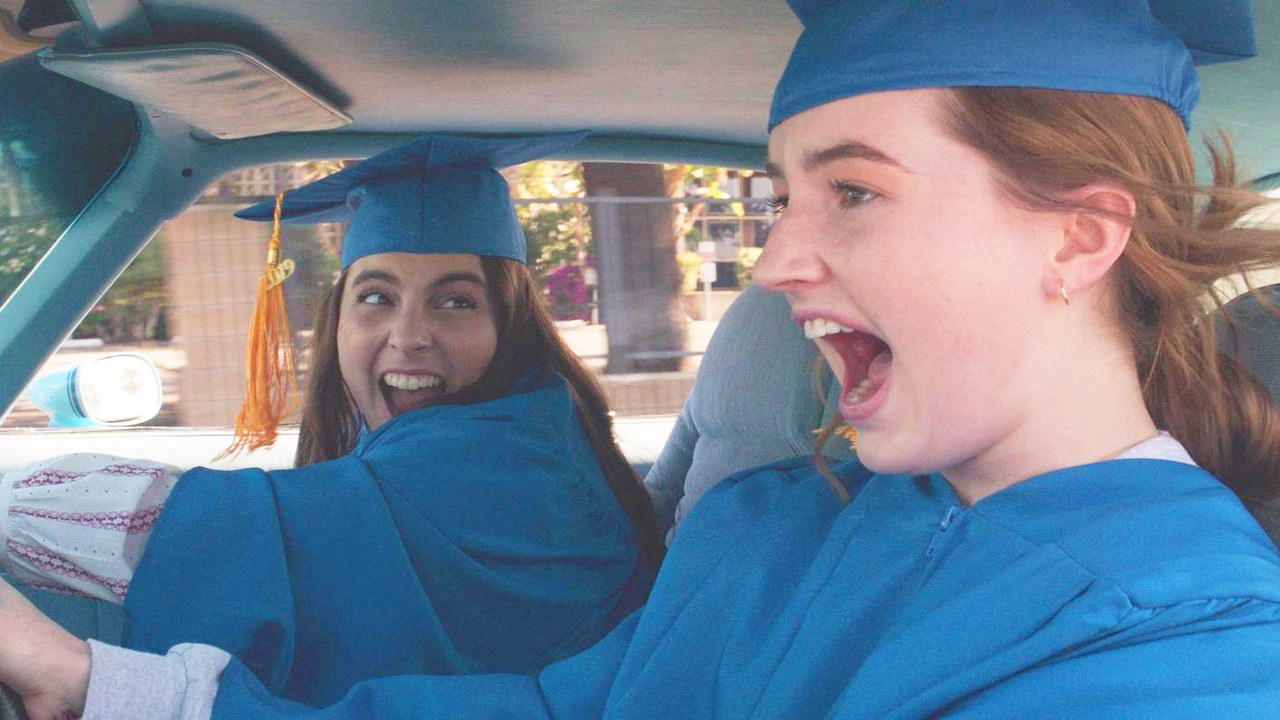 Molly (Beanie Feldstein) is class president and has spent the entirety of her high school life devoted to academia. At the expense of popularity and at the expense of life experience. She has a bestie, Amy (Kaitlyn Dever), who has walked much the same path. They’ve gotten into the colleges that they want and its the last day of school. Graduation looms. Life is sweet.

Then Molly discovers that the classmates she looks down on – whom she perceives as less committed to their futures, the ones who party and goof off – have all secured placements as coveted as hers. Either that or they’re off to work for Google with a six figure starting salary. It’s a body blow. Molly realises she’s been wasting her youth. The two girls have one night of high school left to party and goof off. Time to make it count.

Short Term 12 – an indie gem nobody saw way-back-when in 2013 – has been the germination point for some significant talents. Brie Larson went on to Room and Marvel glory. Lakeith Stanfield is everywhere, and hottest for Boots Riley in Sorry To Bother You. Rami Malek has… done stuff. The last of that film’s promising young stars to emerge is Kaitlyn Dever, but Booksmart is her coming out party. That’s an unfortunate pun. Her Amy is gay and has been out for 2 years (Booksmart is so joyfully, proudly Generation Z), but having deferred to Molly’s Plan, she has no tactile memories. Dever’s portrayal of this so wonderfully empathetic and understated. While her crushing on classmate Ryan (Victoria Ruesga) is a breath of fresh air. A studied take on a oft-portrayed rite of passage. This is a wise little movie.

Even so and wonderful as she is, Dever is almost completely upstaged by her co-star. Get ready to fall in love with Beanie Feldstein. Those who caught Greta Gerwig’s Lady Bird last year will have already seen this coming. There she was the ‘fat best friend’. Here she is a force to be reckoned with. Doe-eyed, fiercely projecting a brittle confidence, immensely vulnerable to what her peers think of her, Molly is hilarious and heartbreaking in equal measure. She is loud and brash and she frequently takes the pitch of Booksmart to another level entirely.

At first, this can seem a little much. The manic zigzagging here takes a short while to get used to. This meticulously crafted story of one long, crazy night (and the morning that follows) feathers in a lot of set-ups with expert precision. Stuff that seems incidental early on helps support plot turns later. That kind of nous is extremely rewarding. Booksmart goes off frequently like a well-timed firework display. But it is not afraid to suddenly go big with wildly exuberant set pieces. A relatively early sequence that takes place on a luxury yacht initially screams too much. As one character says to another, “You’re at a 10, I need you at 2”. But this flick is a 10. It isn’t about to sit back and be a coy little indie dramedy. This isn’t Lady Bird. Or if it is, its Lady Bird getting off with Superbad in the back of a Lyft.

Well constructed it may be, but it also isn’t afraid to embrace its own artifice. A mid-film costume change for Amy and Molly knowingly celebrates the zany fantasy of the teen movie. Like so many of the radiant moves here, you just gotta go with it. Fortunately, that’s very easy. 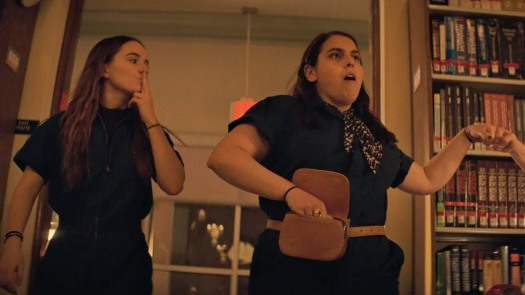 This is the directorial debut of Olivia Wilde, best known for starring in mainstream hits like Tron: Legacy, but also proven in mumblecore circles (the underrated Drinking Buddies, for instance). Much like the aforementioned Gerwig, this is an incredibly strong opening shot from behind the camera. Booksmart has its tics (there’s a fondness for slow motion), but it is first and foremost about the audience’s experience. Wilde is confident and shrewd enough to put this before all other concerns. Make no mistake, though, there’s ambition and flare here. I wouldn’t dare go into specifics of how or why, but witness a brief but memorable swerve into stop motion(!). And don’t be surprised if you find yourself rummaging in those old boxes of CDs for your dusty copy of Alanis Morissette’s Jagged Little Pill.

Every few years there’s a precious, wildly populist high school movie that just nails it. Think the likes of The Breakfast Club, Clueless, Donnie Darko, Mean Girls, Easy A etc. Booksmart is the latest in this incredibly fine and giving tradition of films designed to be enjoyed. These films are beloved because they present us heightened versions of ourselves. In this regard Booksmart is an embarrassment of riches, not just thanks to its amazing leads, but because Wilde and the movie’s cadre of writers have surrounded them with some extremely enjoyable support.

Billie Lourd’s Gigi is like some blazing outcast from Dazed And Confused (another teen movie milestone). Molly Gordon’s ‘Triple A’ is the school slut that you think you’ve got pinned down only for third act layers to thankfully emerge. Noah Galvin’s George is the catty theatre kid who might fit into a Wes Anderson movie if John Waters got hold of the controls. Amy’s crush Ryan might’ve skated straight over from Jonah Hill’s Mid90s. Each direction you turn there’s someone memorable, building a universe of extroverts, weirdos, jocks and sex-positive classmates you’d have been happy to call friends. Some of them are broad caricatures, sure, but they’re also lovable for that reason. They engender funny situations and, occasionally, deliver shards of teenage wisdom.

Wilde is evidently incredibly optimistic about the generation coming through; a hoard of ‘snowflakes’ who know who they are and where they’re headed, even if they’re liable to trip over themselves along the way just like the rest of us. There’s a lot of hope and celebration between the lines here. And that’s encouraging. After all, these are the people who’ll be handed this burning trashfire of a planet. Booksmart suggests that maybe, just maybe, the Earth is not doomed after all.

Prepare to have a new favourite feel-good movie. Go with your best friend. 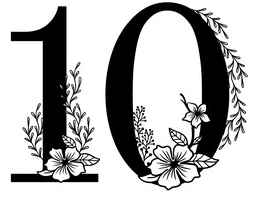