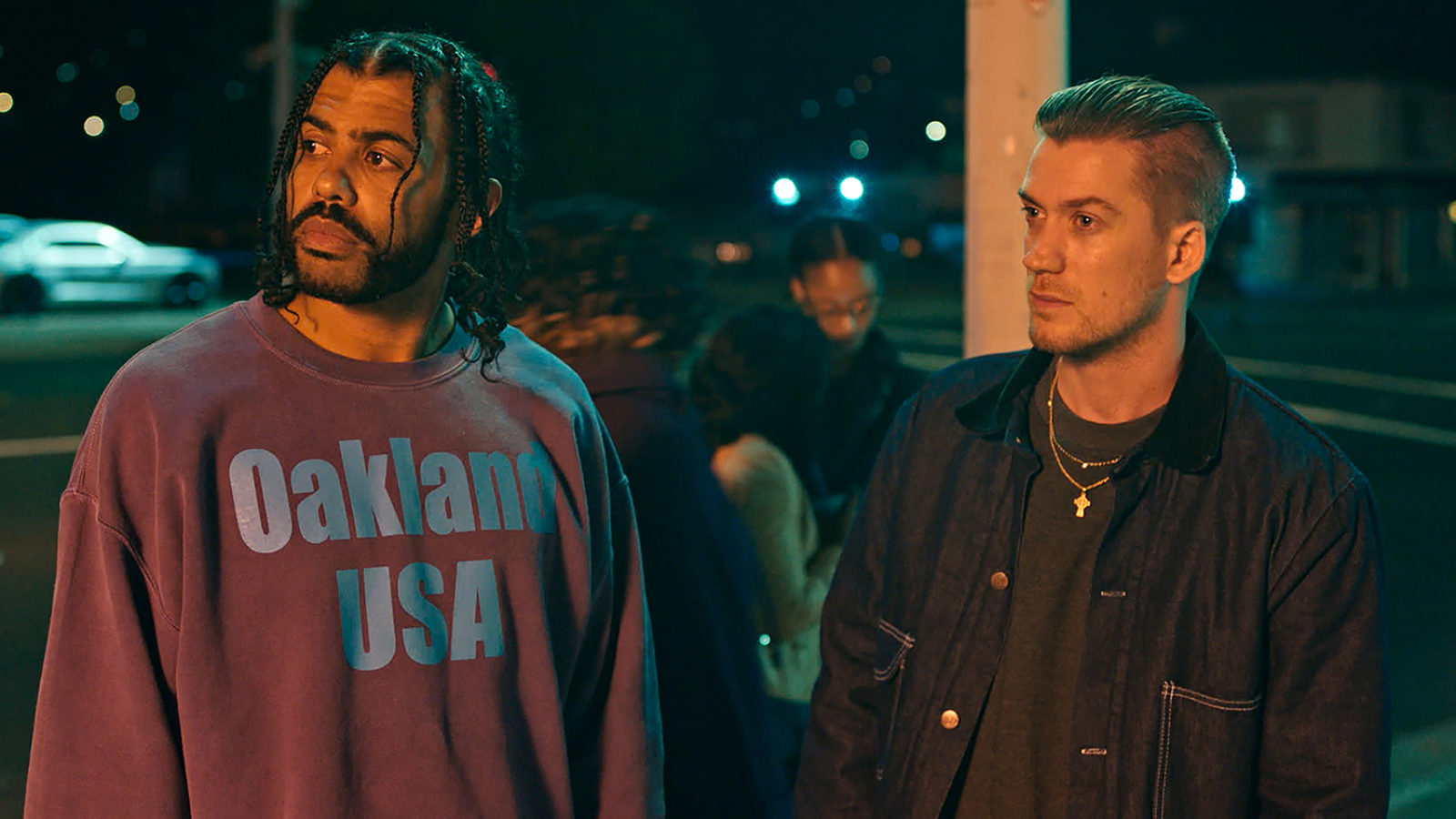 Gentrification and racist cops come under the spotlight in this vibrant, sometimes ramshackle, but always heartfelt love letter to the city of Oakland, California. Written by its two main performers and directed by the relatively unknown (but not inexperienced) Carlos López Estrada, Blindspotting is a film which excels thanks to its very specificity. Oakland isn’t just a setting picked out arbitrarily. Just as Linklater has his soft spot for Austin, or Smith knows his New Jersey, the creative minds here are eager to represent their home turf, for better or for worse.

Daveed Diggs plays Collin, resident of a halfway house, living out the last three days of his probation following some jail time on an assault conviction. Said three days divide up the picture into its three acts. Blindspotting embraces the somewhat hoary set-up, much like the ol’ last-week-before-retirement cliché. The pressure is on for Collin to stay within the confines of the law.

Getting to know Collin – a man actively trying to better himself – we realise his task might not be so difficult were it not for the bad influence of his longtime best friend Miles (Rafael Casal); a grill wearing, potty-mouthed white boy. Miles is an obnoxious and volatile wannabe ‘homie’, straddling the line between being a man and a boy, even as he crests 30. Indeed, these three days will test Collin’s loyalty to his friend, whose actions aren’t malicious as much as they’re simply ill-considered.

Following a split screen credits sequence that acts as a celebration of Oakland’s nightlife, both rough and carefree, Blindspotting bounds quickly through its set-up and into what feels like a well-rehearsed comedy routine. This sense of flippancy and ease between Diggs and Casal is then smartly undercut by pressing political realities.

Collin witnesses a police shooting from the vantage of his removal van; an unjustified and normalised occurrence in a city that helps its citizens prepare for police brutality via pamphlets. Collin isn’t going to rock the boat by reporting what he saw, but the incident dogs his mind for the remainder of the film, resurfacing in dreams as well as waking-hallucinations. One of these – taking place in a graveyard – is decidedly heavy handed, reading a little like something you might find in a college drama piece. But not only does it work, it also exemplifies the great charm of Blindspotting, which feels like a young picture willing to make bold statements and fuck how you feel about them.

Diggs and Casal are brimming with ideas and the enthusiasm to communicate them. In Estrada they seem to have found a like-minded creative partner and Blindspotting is the kind of sit-up-and-take-notice picture that doesn’t come around too often. Watching it, you feel the legacy of Spike Lee (the gutsy try-whatever approach recalls the spirit of She’s Gotta Have It), while the low-key specificity and Collin’s poetic tendencies also connect to the work of Jim Jarmusch. Blindspotting isn’t exactly ‘the ghetto Paterson‘ but a case could be made.

As each new day begins, Estrada affords us a fresh montage of location shots from the city, romanticising its row houses and street corners and contrasting them with the expensive new builds that are transforming the neighbourhoods. Blindspotting embraces the contradiction of feeling fiercely protective of your home – so much so that you might pray for better living conditions – while sneering at anything that smacks of change. More particularly it takes offense at ‘hipster’ whitewashing of black neighbourhoods. In doing so the film would be remiss if it didn’t confront Miles’ full-on appropriation of black culture, and this is worked into the foreground during a showstopping argument between the two leads.

Diggs in particular impresses throughout the film, showcasing the kind of range that the film’s opening doesn’t quite prepare you for. By the time an unexpected – and forgivably contrived – confrontation takes place in the film’s final act, he is ready to announce himself to the world. Diggs raps his way through the film’s central argument in a supremely suspenseful basement sequence… and it is breathtaking.

Just a month ago Spike Lee’s BlacKkKlansman wowed audiences with a jovial period take on racism in America, veering from Tarantino-lite comedy to the blunt-force trauma of the present day. Blindspotting is always of the now, but if performs similar tricks by zigzagging from light to heavy and back again. Like Lee’s picture, it is in service of dual responsibilities; to enlighten and to entertain.

For all its awkward moments of experimentation, what lingers in Blindspotting is the heart it shows. It’s there in a hangdog eyes of Collin, the thin bravura of Miles, and in the warm weariness of Miles’ long-suffering but loving girlfriend Ashley (Jasmine Cephas Jones). Blindspotting exists at an intersection; lamenting the loss of the Oakland these people grew up with… and curiosity for what the future may hold.  There’s more to a place and its people than you initially see. Diggs, Casal and Estrada are asking you to question why you missed it in the first place.