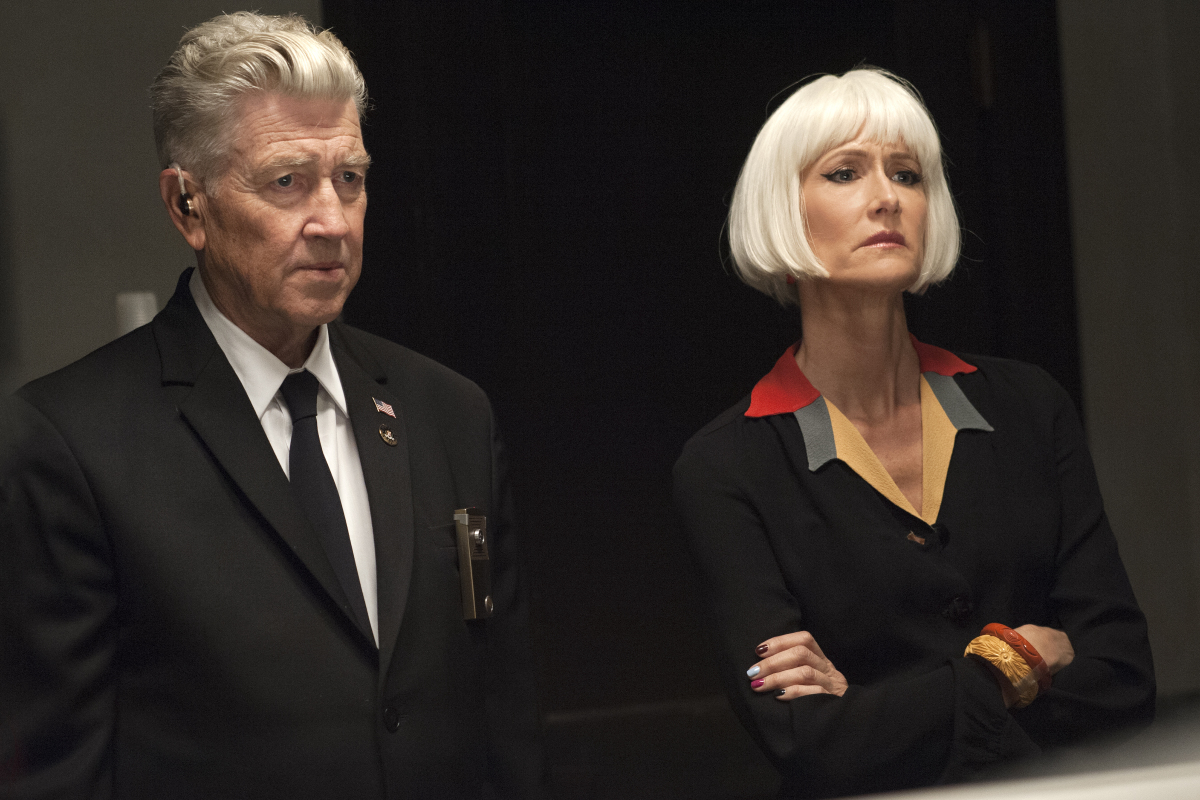 So, we’ve had a fortnight to let Part 8  sit, we’ve ruminated, and we’ve both feared and marveled at where Mark Frost and David Lynch are going to take us next. Part 8 rewrote the rules of TV and did it by simply pretending it wasn’t TV. Lynch refers to this season of Twin Peaks as an 18 hour movie, and no installment makes that case better than Part 8.

I went on at length last time, breaking down the material scene by scene and then adding my own thoughts. This tendency when covering Twin Peaks to itemise events feels somewhat redundant; if you’ve watched the episode you shouldn’t require paragraphs describing the content, but Part 8 in particular felt like a rare case in favour of such a technique. Nevertheless, this week I aim to move off of this template a little.

For many, I imagine, Part 9 will be something of a relief, zipping us back to the present, leaving nuclear tests, murderous lumberjacks and otherworldly eggs behind. Back in full colour the show seems recommitted to pressing forward, and it’s a good time to do so as this installment takes us to the halfway point of this third season. Given the size and shape of what’s occurred so far, it seems likely that Agent Cooper (Kyle Maclachlan) will remain in the ‘Dougie Jones’ persona until the final act; his return to self likely being the moment of euphoric revelation that Lynch sometimes likes to build toward (seen previously in Blue Velvet, INLAND EMPIRE and, arguably, Fire Walk With Me). Still, the pieces are coming together, and the dots are starting to connect.

Part 9 is therefore a satisfying step back in the direction of coherence for those who (against all reason) like to think of the show in terms of firmly fixed logic. It’s busy with detective work from Gordon Cole (Lynch), Albert (Miguel Ferrera), Tamara (Chrysta Bell) and Diane (Laura Dern) as their pursuit of Evil Coop takes a step back so that they can pay a visit to Buckhorn; a story thread which has been running on fumes since the season opener. Their attention here is welcome, especially as it ties once again to events in the town of Twin Peaks. Over there, further police work yields results as Sheriff Truman (Robert Forster), Deputy Hawk (Michael Horse) and Deputy Bobby Briggs (Dana Ashbrook) discover a strange piece of evidence that suggests an opening to the Black Lodge is coming up (in two days no less).

Both of these developments are intrinsically connected to the legacy of Major Briggs who was played by the sadly departed Don S Davis. In much the same way that Part 7 became a fan favourite for its reverential take on memory, Part 9 rewards for treating nostalgia in the same way. Major Briggs cannot appear in the show, but his spirit increasingly dusts the machinations of Frost and Lynch’s story; they keep him alive in this way. Where lesser shows treat nostalgia as an excuse to recycle material wholesale, Twin Peaks uses it to build new lore. It manages to provide adequate fan service without stalling the story.

Not that the story requires hurrying. 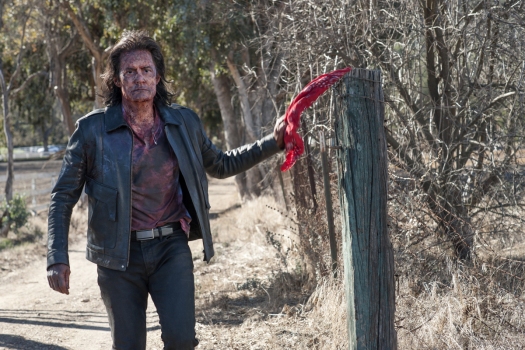 I want to talk some about pacing. I’ve sounded restless on these pages previously, and generally speaking Parts 5 and 6 have been received less favourably and were criticised for a sense of narrative stasis, but the more I think on Twin Peaks – especially in this 18 hour format – the more it feels less about getting somewhere and more about being somewhere. Lynch has always been a master at evoking mood, so his emphasis is always in the moment. Because of this not every aspect of the show needs to be especially ‘necessary’ when viewed from the storyteller perspective.

Lynch tells us exactly this over and over. Part 7 gained some infamy for the shot of a man sweeping the floor of the Roadhouse for near enough two minutes solid, while Part 8‘s delirious detour into the past – while absolutely relevant and informative – technically put the brakes on the more immediate story for a good 45 minutes. Part 9 provides another example of Lynch’s desire to leisurely stall on purpose. While most of the hour was actually all about moving forward, we still stopped, again for a couple of minutes, in order to watch Cole, Tamara Preston and Diane wait on the steps outside the morgue. Diane smokes a cigarette. Cole stands stock still. Slightly less comfortably, Tamara switches positions once or twice. Cole takes a drag on Diane’s cigarette and then the moment is over.

To a viewer obsessed with plot points, a moment like this is probably confounding, but it speaks to Lynch’s intent to not just tell you a story, but explain to you how it feels to be in the world’s story. It’s about the experience of Twin Peaks. It’s about making it a real world (despite its frequent wackiness and paranormal elements) in the sense of a believable world. Sometimes… things just aren’t happening.

So there are spaces in the story, intentional pauses, and that’s okay. There are enough intriguing developments to allow for pauses. But then there are also the other scenes that tend to infuriate; the seemingly inconsequential. This week, see Jerry Horne (David Patrick Kelly). We visit Jerry in the woods, again. He’s high, it seems safe to say, and under the impression that his foot is someone else’s. The scene ends comically with him yanking himself over and in a very real sense, it’s needless. But it’s another example of the way in which Twin Peaks delineates itself from other programming. Jerry’s mishap is as much a part of the experience as the arrest of Ike ‘The Spike’ (Christophe Zajac-Denek) or the return to the narrative of weeping murder suspect William Hastings (Matthew Lillard). You could streamline the experience, take out the Jerry Hornes or the Waldo Brandos, but it would all feel a little less.

It seems ironic to be spending time this week talking about dalliance as Twin Peaks starts to surge forward, but its been on my mind. I’ve criticised the show for stalling when I enjoy the detours.

I suppose the underlying fear is that, with so many plates set spinning, Lynch isn’t going to tie up everything. No, he’s probably not. Anyone with any serious experience of his work would be a fool for thinking that Part 18 will wrap up the show with a neat, presentable bow. MacLachlan has said that, come the end, it’ll all make sense. That seems very likely to me. But will we get everything we want? Less likely. But part of the show’s enduring mystique, it’s quarter-of-a-century legacy, is the not getting. The not having. The nearly knowing. That’s where the magic lies. The mysterious forces in the woods of Twin Peaks are magical because they’re just outside of our knowing. It makes them come alive and feel dangerous.

As for Part 9, its a great equaliser for the show which just keeps adding big names to its cast (hello Tim Roth! [and, yes, Jennifer Jason Leigh, though she was seen briefly in Part 2]). After last week’s explorative visual artistry, here’s a lot of reassuring exposition. It’s a balancing act. Every week, near enough, Cole and his investigation inches closer to Sheriff Truman’s. And between them both are Evil Coop (still very much evil) and Dougie Jones. A confrontation is inevitable, but until then enjoy the journey, the pauses and the inconsequential. There’s time for all of it.