Tom Cruise has always been a bit of a strange bird. There’s the scientology for a start. And that vaguely scary, pally, upbeat energy. An intensity that one might well imagine manifesting in obsessive behaviour. But he’s always been ingratiatingly earnest when it comes to his love of The Movies. His return to the pictures mid-pandemic to see Tenet went viral for the unbridled enthusiasm he managed to convey, while his recent stint publicising Top Gun: Maverick at Cannes has birthed a number of pithy interview nuggets, including his insistence that he goes to the cinema in disguise to see every movie that comes out, as if he were a cineaste Ethan Hunt. Cruise loves The Movies and – and this is fittingly unhinged for the man – seems to genuinely see himself as their saviour.

Here’s the thing. What if he is?

Who among the young upstarts has the star wattage Cruise carried through the ’80s and ’90s (and, let’s be honest, never lost)? Who else – at a time when entire comic book movies are shot against green screen with actors never meeting – is throwing themselves into old-school action spectacle like he is? Call it foolhardy or maniacal if you want, but Cruise isn’t an empty shirt. He’s on a personal Cruisade.*

Top Gun: Maverick – the belated, unnecessary sequel to Tony Scott’s 1986 smash – seems tied into this idea of a superhuman human and the Cruise persona. And it’s kind of fascinating how it allows the man a sliver of weakness or self-doubt; a moment to blink and consider both what he’s achieved and the passing of years. There’s a sting of mortality to it.

Captain Pete ‘Maverick’ Mitchell is still a captain, all these years later. Highly decorated, but still a captain. Because that’s what he wants to be. We’re reintroduced to him on an unauthorised test flight to push the limits of a fifth generation fighter jet, cresting the curvature of the Earth at Mach 10. This stunt gets him and his project pulled and Mitchell is reassigned back to the Top Gun academy, where so many memories (and wounds) were once made.

This time around, Mitchell is to train new recruits for a geo-politically vague impossible mission; one that’s a few swerves away from the Death Star strike in Star Wars. Base commander Admiral Beau ‘Cyclone’ Simpson (Jon Hamm) is sceptical of Mitchell’s qualities. That call-sign was earned, remember. Adding salt to the water, among the candidates is Lt. Bradley Bradshaw (Miles Teller); call-sign Rooster; son of Goose.

None of the moves or machinations of Top Gun: Maverick are particularly surprising, but it’s the manner in which director Joseph Kosinski pulls them off that jettison the picture into the stratosphere. Tony Scott’s original film is wholly of it’s era. Beloved, campy, but not a good picture when all’s said and done. Kosinski’s record may be patchy (Tron: Legacy, Only the Brave) but he’s a stylist in simpatico with Scott and technical advancements have allowed him to craft a significantly more immersive action experience. 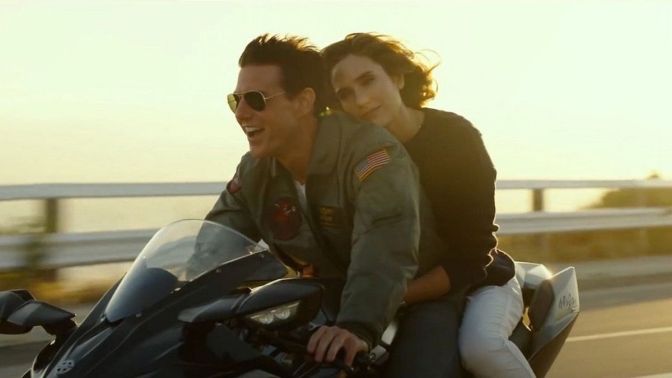 It’s well-documented how Cruise and his co-stars flew planes for real in the film, having a direct impact on the cinematography as they snake through skies and over landscapes. The physicality of these sequences lend the film a sense of reality that feels like a balmy breeze on a hot day, especially at a time when Hollywood artifice is so common, bland and ugly. This – combined with Kosinski’s eye for handsome framing on the ground and a script that feels lovingly indebted to action movies of yore – helps to create a blockbuster experience that’s at once new and cosily vintage. Top Gun: Maverick does nostalgia right. It remembers that the feeling is bittersweet, and that’s where Cruise’s layered performance comes in.

Some have bemoaned the star’s tilt toward action filmmaking, especially as the tail end of the ’90s saw him pushing himself to interesting places with his craft. Eyes Wide Shut and Magnolia contain two of his most unexpected and impressive performances. These qualities more or less disappeared in the age of Jack Reacher, The Mummy and his roster of M:I sequels. Top Gun: Maverick affords Cruise material in which to flex, and it’s credible to call this his best performance since those turn-of-the-millennium experiments. Mitchell finds himself walking around the ghosts of his past and they bring with them the realities of his present. It’s not nuanced exactly, but Mitchell becomes a two-way mirror of Cruise. You can see one through the other. Feelings of achievement and sacrifice perform dogfights across his face and feel heavy on his shoulders. It’s unexpectedly tender.

The mission parameters are repeatedly made clear to us viewers but, when it comes down to it, this enables the third act to soar. We’re savvy to what’s happening, what’s at stake, and we’re prepared to process this as the jets take to the air and things happen at high-speed. Kosinski and his crew work incredibly well to establish the geography of the action, both on the ground and, impressively, in the air. It makes the entire end stretch feel breathless and involving, even if we’re being channelled through some very familiar – even classic – beats.

The movie tilts to the staples of its predecessor. The retro double-denim soundtrack; incendiary amounts of forehead sweat; vaguely homoerotic beach sports. But these elements are dialled down in comparison to the original. Here, they’re background seasoning. Mitchell indulges in a tentative fling with bar owner Penny (Jennifer Connelly) and, though limited, these scenes hit all the grace notes they need to. While Val Kilmer’s marginalised return still manages to land with emotional weight.

Unsurprisingly the film doesn’t much bother to interrogate America’s global military imperialism. Anyone waiting for such critical analysis is turning up to the wrong picture. Set aside, also, questions like “Just how old is Miles Teller’s character supposed to be??”. No good comes from going there, and the film certainly isn’t interested. What is offered – quite surprisingly – is everything you may have wanted and more. Nods to the past that feel earned and important to the present, and action spectacle that feels both state-of-the-art and tethered to values of dazzling daredevil realism.

And then there’s Cruise. The wily old fox still strutting it among the new recruits. And Mitchell. Going further than anyone else, going faster, leaning into his own legacy and still managing to learn new things about himself and his limits. And there’s the two of them. The real man and his mirage and the shimmer of heat between them as they disappear into the sunset.

Hopefully not quite yet. 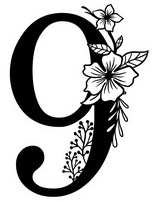 *I am not even sorry for that one.