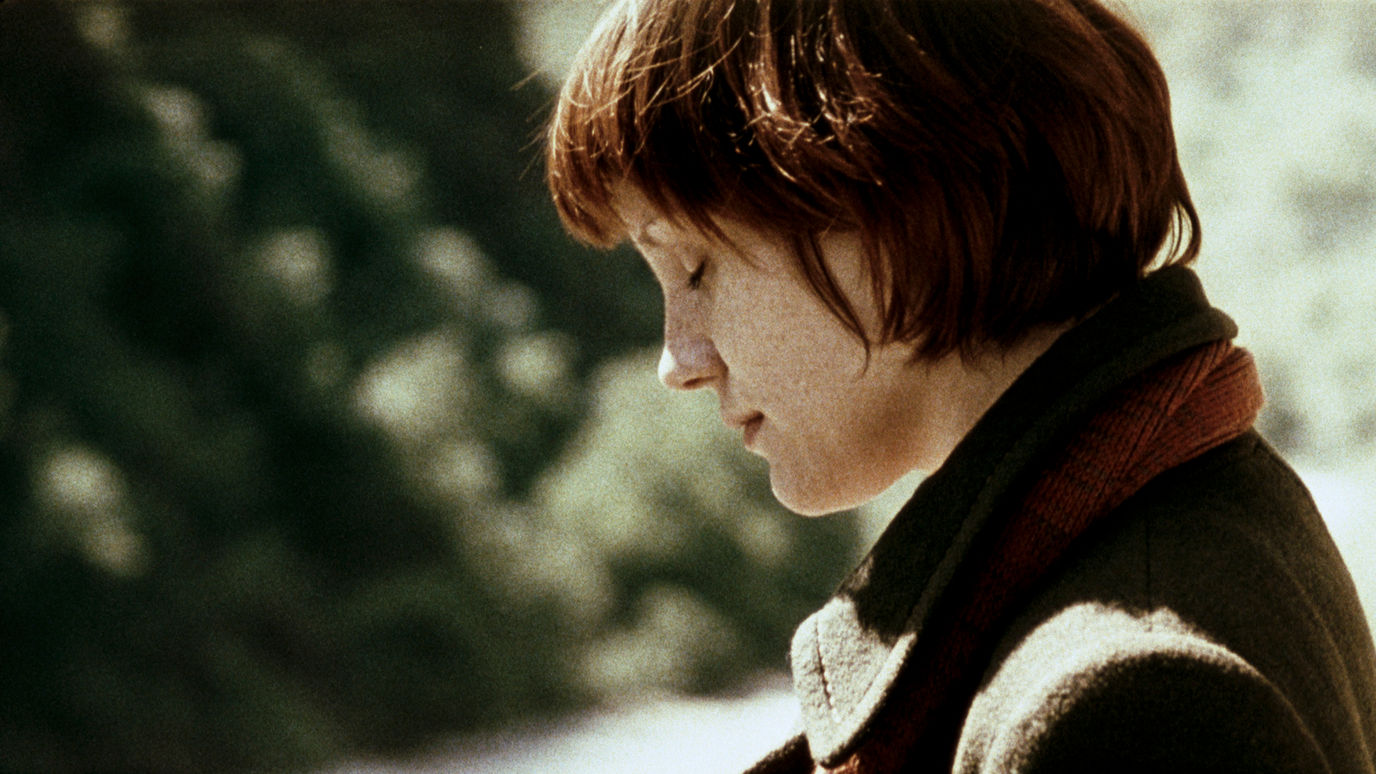 Many filmmakers have become enamoured with the cyclical wiring and foibles of memory. Like Jeffrey Eugenides’ source novel, Sofia Coppola’s The Virgin Suicides framed a ’70s suburban tragedy through the unreliable remembrances of the local boys who witnessed it. Christopher Nolan went further, sending an amnesiac Guy Pearce into a spiral of meaningless vengeance throughout Memento. For Maria Saakyan, the swirl of memory became the fertile ground of her searing, lyrical debut; a masterwork of tone and recollection, nakedly personal and as intangible as the past itself.

Building on the free-floating sensibilities of her first short film, Farewell, Mayak (a.k.a The Lighthouse) sees her recapitulate her own experience in the ’90s, returning home to the Armenian village of her childhood to urge her grandparents to relocate. The region at the time was engulfed in the Caucasus wars. Mayak conjures the feel of a small rural community steeped in tradition and the pace of an agrarian calendar in collision with imminent, ever-threatening violence. Violence that could change that world forever in a matter of seconds. These sensibilities of fast and slow meet one another in Mayak.

Saakyan’s proxy in this is Lena (Anna Kapaleva), a young woman who arrives in the village by train to beseech her grandparents (Olga Yakovleva and Sos Sargsyan) to return with her to Moscow. On arriving, Lena opens up old memories, leafing through vinyl records. Their sleeves are worn and corroded, wearing the passing of time on their covers. Warm sunlight falls on them, enhancing this sense of awakening.

Mayak doesn’t abide by standard narrative rules. Instead, Saakyan’s work feels indebted to the likes of Andrei Tarkovsky (particularly Mirror) and Claire Denis. The latter has frequently had the phrase ‘tone poem’ used in connection with her elliptical, impressionistic approach to storytelling. Saakyan’s fluid collage of moments manifests similar results. The dreamy mood evoked by her images are nearly as important as the images themselves. More-so than Denis, Saakyan moves her camera to enhance this sense of evocative swirl. This dance of movement, light and shadow makes Mayak feel as though it moves on air, levitating above the ground as it passes. Like a memory, it is a ghost in flight.

It also seems to split like a thought in process, as though Lena contemplates – and thus manifests – what it would mean to leave and to stay. Mayak not only conjures the non-linear forms of a memory recalled, it behaves like someone thinking. It’s a dream that evolves and separates as we watch it.

In another form this might read as confusing, but Saakyan so expertly conjures the mood of a dream or a thought that the film’s panoply of ideas – its fluctuation –  feel entirely natural. And how vivid her moments are. From the opening images that combine the opening of a burned book with the hushed humming of a female voice (one supposes Lena), the film covets an aura of return and rediscovery. Scenes of dance and celebration are combined with the sounds of gunfire and helicopter rotor blades and then archival footage of birds in flight. Saakyan sets out her intention to merge sound and image to elicit pure response and reverie.

The beautiful first shot of Lena travelling, eyes closed, is itself suggestive of sleep. Maybe all that follows is a dream? Or maybe – as a shot from above of a woman (Lena again?) walking a road appears at both the beginning and end of the film – we’re always within the dream, within the memory. Looping eternally.

The roiling mist that sweeps the landscape is an obscuring force, but also a revealing one. Things are allowed to emerge from it, to become known, albeit fleetingly. It gives the film a nostalgic quality, similar to the sense of age in sepia. The washes of ink that converge, create words and then dissipate – forming the opening titles – compliment this sense of things always in flux. Lena’s sparse narration is hushed, like she’s telling us a secret, or whispering her recollections to herself. It’s almost as though she is trying to reassure herself of what is happening; the internal monologue of the dreamer.

Throughout the film we are encouraged into the moment. The camera will follow a person’s line of sight, move toward a window to peer out with them, we’ll ride in the cab of a truck and see out the windscreen like the driver or passenger. We’re included in the action. A participant. In one of the most vivid sequences, Lena sits with her grandmother during a night of violence, blood red light flooding their world from outside like flashes of crimson lightning. Unreal but threatening. That threat of violence exists in the room, in their intimacy, as Lena shoulders a rifle while her grandmother lays down to rest. This is then juxtaposed with the beauty of blossoms on a tree as we cut to daytime, and that mountainous mist rolls through town mingled with the smoke from fires. In this aftermath Saakyan has the camera rise up away from Lena as she smiles, almost giddy, and it is as though her spirit has momentarily left her body. Reaffirming this sensation, those archival birds return. Images in sequence forming a poem. Thought and memory in combination.

Later, when bodies are carried through town on the swift current of the river, the film’s astonishing music by Kimmo Pohjonen and Oleg Mazny correlates the sense of horror and trauma with the following scene in which Lena seems to say goodbye to her grandparents, equating cruel death with the cruelty of this familial separation and of being forced to leave one’s home. In watching we’re reminded that, somewhere, it is always the age of the refugee.

Following this, an incongruous television is present at an outdoor feast in mourning where a priest sings a capella, an echo of the histrionic vocals only just heard on the soundtrack. The television feels like the modern intruder in the scene; the presence of the contemporary conflict in the otherwise timeless ceremony taking place. Another surreal set of sounds and images that express an idea in formation.

There are other films I think of when I think of Mayak. Herzog’s Heart of Glass for its similarly hypnotic (and hypnotised) remote locale. Ming-liang’s Goodbye, Dragon Inn for it is also a modern masterpiece of remembrance (and also released on blu-ray via the peerless Second Run). Tarkovsky’s aforementioned Mirror. But really this is one of those special films that exists purely in its own sphere. A singular work.

I can’t speak to the veracity of what Saakyan shows us. It’s not my history, not my culture. But the intensely personal nature of the material makes accuracy almost moot. Mayak is a window inside a soul. Lena’s but also, it feels, Saakyan’s too. Here I presume, but feel confident in that presumption. She died too young, taken from us in January 2018 having lost a long battle with cancer. A genuine sadness. She left us few films and I’ve yet to have the luxury of seeing the ones what followed this one. As it stands, even if we just consider Mayak, she made – without question – one of the finest films to have materialised so far this century. A work of art and a treasure.