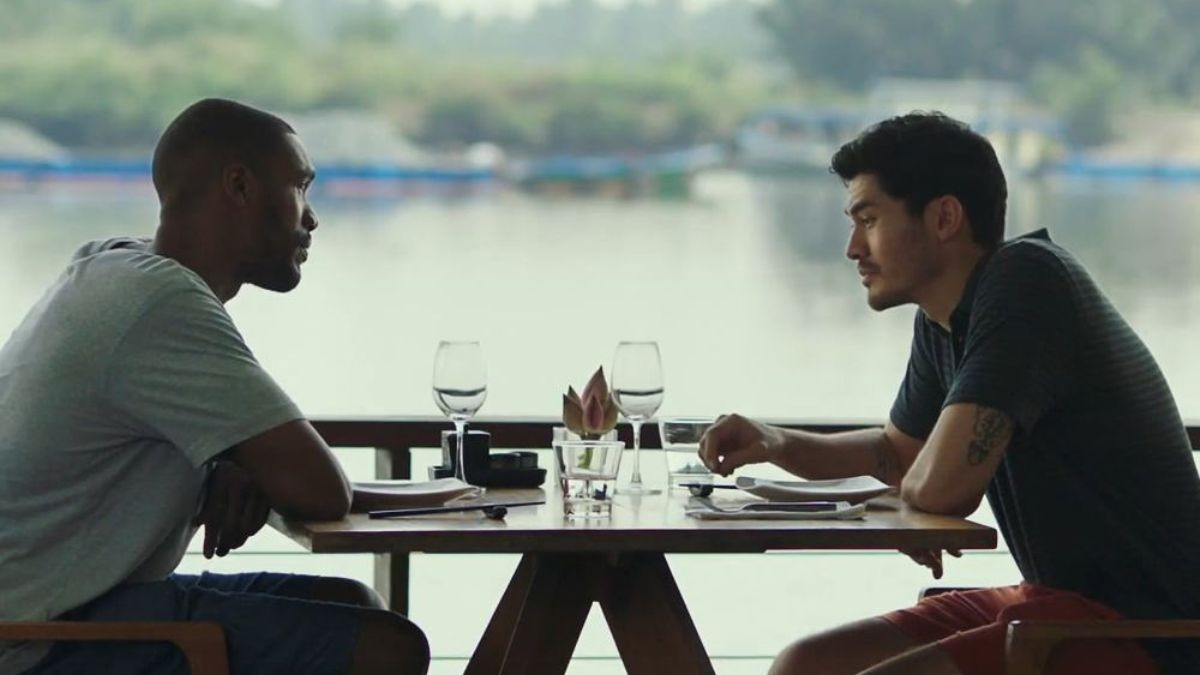 The past meets the present in Hong Khaou’s understated second feature, which has this weekend arrived on BBC iPlayer for easy-access viewing; something I’d actively recommend. This bridging of generations isn’t new ground for Khaou, whose previous film, 2017’s Lilting, found a grieving Ben Whishaw trying to communicate with the elderly mother of his deceased boyfriend, hampered by a language barrier. But where that film focused on a tangible – though fraught – connection, Monsoon finds a man lost in search of ghosts. It carries over the preoccupation with cultural disconnect, as British citizen Kit (Henry Golding) travels to Vietnam as an act of homecoming, despite holding next to no memories of the place. His parents fled to Europe during the war. Initially marooned in clinically featureless hotel room, he seems lost and alone.

Golding is most familiar to this viewer for his vaguely campy, somewhat melodramatic presence in both A Simple Favour (great fun; also on iPlayer) and Crazy Rich Asians. Monsoon finds him dialed back in compliment to Khaou’s more introspective, contemplative tone. The film is relatively short – just under 80 minutes – but Khaou breathes space into the picture, via an often blank-feeling white-out colour palette (indicative of a clean, modern Vietnam and the minimalism of urban living), and the general quietude of the picture sonically. There is little music, and the ambiance of Ho Chi Minh is pleasingly hushed. There’s bustle, but it’s always modestly toned in relation to the foreground activity.

Kit’s trip isn’t just to reconnect with his roots. There’s a more sombre agenda at it’s core, as he intends to lay his mother’s ashes to rest on home soil. But, as is teased out by acquaintances old and new, the truth is that this may be at odds with her wishes. It is revealed, deftly, that Kit’s parents risked a lot to escape war-torn Vietnam; his mother choosing the UK for her love of the Queen. A conversation with small-business “CEO” Lee (David Tran) – whom Kit’s mother gifted money to build a life – ultimately forces Kit to confront the potential discrepancy in his intentions.

Monsoon acts not only as a subtle essay of overseas loneliness but also furtive connectivity. Kit uses a dating app to hook-up with African American designer Lewis (Parker Sawyers), and the film charts the awkwardness of their first encounter and, by chance, the build of something more when coincidence reunites them. Through this very current example of technology aiding relationships, Khaou furthers a conversation on the modernisation of Vietnam, contrasting memories and anecdotes of the volatile past with the optimism of the country’s present, in which new opportunities are arriving every day and a sense of rebirth is potent. Cinema – particularly Western cinema – tends to focus on Vietnam only in relation to the American war, caging it in the ’60s and ’70s. Khaou counters that while this portion of the country’s recent history is still very meaningful, the country has progressed and this too ought to be documented.

Tellingly, the more Kit connects with those around him, the more he comes to seem connected to his surroundings. Khaou sees solace in these small exchanges and the importance of kindness in an increasingly fast-paced world is felt keenly. And if the picture feels a little scant to read as truly substantial, it also shows evidence that Khaou’s lightness of touch in Lilting wasn’t a one-time fluke.