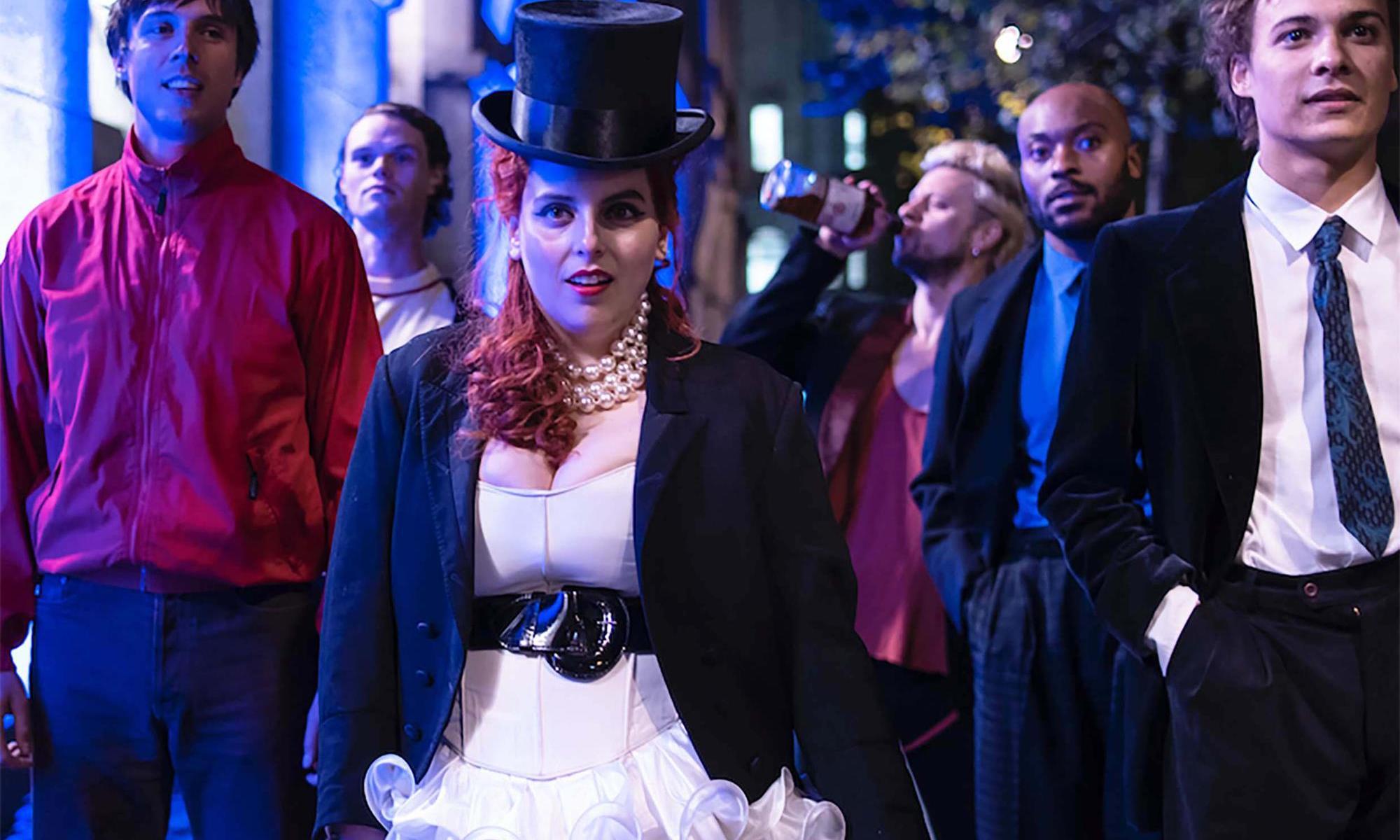 In the months before lockdown I went to see Chromatics, Angel Olsen, Jamila Woods and Melt-Banana, and I took all of it for granted. Our live music venues are currently in a state of crisis. COVID-19 has put an already precarious industry on its knees. As new cases in the UK start creeping up again, the government’s insistence that we all get out and mingle – utilising our common sense, of course – has some of us in a state of apoplectic anxiety. I miss the hot dirty fuzz of the amplifiers, the small spaces pregnant with the opportunity as a crowd slowly gathers, the artists sending you something, right there. I want to go back to that world, and support it. Do my small part to help live music up off of it’s knees. But it also seem so unfeasible right now…

How To Build a Girl has done nothing to appease this longing. What appears from the outset to be this decade’s iteration of Angus, Thongs & Perfect Snogging unfurls as a love-letter to teenage dreams and particularly that early flush of enthusiasm when building your identity becomes entwined with popular music. The most elemental scene depicts a young woman’s first gig. She’s 16. It’s a Manic Street Preachers concert in Birmingham in 1993. The rising stars open with “You Love Us” and the film’s most important virginity is stolen away forever. Caught in the energy of the song and the crowd, we get to watch – and by proxy relive – that sweetest of first encounters.

The girl in question is Johanna Morrigan (Beanie Feldstein). A Brummie remodeling of Feldstein’s character in Booksmart only with a fraction of the self-confidence, Johanna idolises the literary greats and longs to join them. This hasn’t made her the most popular girl at school. From a working class background, Johanna seems to have already settled on living in her daydreams over a prosperous reality, but that all changes when she gets a try-out writing copy for weekly music paper the, ahem, DME.

After a puff-piece gets rejected, Johanna takes on a ‘bitch’ persona, employing her wit to rip up-and-coming hopefuls to shreds… and she’s increasingly successful because of it. She creates her own none-more-hipster alter-ego, Dolly Wilde, scurries after the excesses of rock n roll and, in the process, alienates pretty much everyone close to her. And, unfortunately, How to Build a Girl badly fumbles the messy road to rock bottom, swiftly taking on the appearance of a hectoring morality tale. Things really crumble when self-harm is traded upon while backed plaintively with some sub-Coldplay balladeering. A complex issue is reduced to shortcut sentimentalism and the after taste is, frankly, foul. The formulaic fall-from-grace that happens to Johanna is one thing, this poorly handled moment is quite another.

There are other ugly protrusions to navigate. Johanna’s wall of cultural icons is a smorgasbord of celebrity cameos. A nice idea, but it washes as an indulgent love-in. And, in keeping with the vast majority of UK movies about adolescence, the dialogue is a pharmacy of bad decisions. The twee-ness is overwhelming. By the time we get the obligatory fourth-wall busting Girl Power hat-tip finale, it’s easy to get the impression that How to Build a Girl is equal parts cloying and naive (the untold riches of freelance writing!).

But… I can’t write it off either. Feldstein is an incredible talent who has been deserving of leading roles from the moment she first appeared before us. I’m so happy she’s getting them. And, the pitfalls of a Brummie accent on an American tongue aside, she fully inhabits this character, especially her wide-eyed eagerness to experience things. Johanna doesn’t disregard the consequences… she just prioritises the living of life. The aftermath is part of that acquiescence.

And how great is it to have someone of Feldstein’s (gorgeous) body shape commanding a female lead in an aspirational coming-of-age movie? I debated whether to even bring this up, as its unquestionably superficial, but the movies have been superficial for a century or more. And sexist, to boot. Funny men have been allowed to appear in all shapes and sizes. Here’s to funny women, too. On that score, this is a triumph, sassy and confident enough not to even make a deal out of it (I almost wish I’d shown similar restraint; it just pleases me is all).

And then there’s how it made me feel about live music again. I keep coming back to that scene. Johanna’s first gig. That ‘wow’ moment caught perfectly by Coky Giedroyc for this fizzy little movie. There’s something very special right there. So if you’re on the fence over whether to return to scuzzy music venues in the forthcoming post-pandemic world that we’re still only just catching sight of… How to Build a Girl might just bring you round. Make you feel that itch again. A lot of the rest of the film takes cheap potshots at rock music (and music journalism too, for that matter) but that one scene nails how elemental being in the midst of a rapt audience can be.

Now to get to feel that way in a cinema again…