It makes perfect sense that Annapurna Pictures would snap up the first English language property from Babak Anvari, the British-Iranian director responsible for the deeply effective chiller Under The Shadow. Anvari seemed fully formed right out the gate; a safe bet to deliver an indie payload. That the film has arrived in the UK delivered straight-to-streaming giant Netflix suitably lowers expectations.

Posing the ponderable question why would you focus on Armie Hammer when your cast also includes Dakota Johnson, Wounds opens with barman Will (Hammer) collecting an abandoned cell phone left by a group of “fuckin’ millennials” discouraged from drinking when a vicious brawl breaks out. Will takes the phone home and starts reading a series of spooky texts that suggest these kids have unleashed some kind of supernatural entity. He’s nonplussed. When his girlfriend Carrie (Johnson) takes a peek, the phone emits a signal at her. Soon the photo gallery is filled with gory images.

Where Under The Shadow turned political anxieties into immersive scares, Wounds leans hard into the techno-fear mined by recent Japanese masters. It aims, presumably, to comment on our pervasive addiction to these devices – how they ‘infect’ our lives – but the aim is scattershot, the tone only half-serious, the message old news (looking forward to Countdown!) The rules of what the phone can and can’t do constantly seem in a state of flux, also, orchestrated to fulfil the script’s short supply of stolen jumps. By the second half, the threat seems to shift to general unease caused by… the internet? Or maybe its just that constant horror-show; toxic masculinity…

Hammer’s Will is thoroughly loathsome; a bitter prig who would’ve been rejected from the first season of It’s Always Sunny In Philadelphia for being too on-the-nose awful. The way he leers over Zazie Beetz’s character Alicia somehow manages to make Joaquin Phoenix’s Arthur Fleck seem less creepy by comparison. It engenders little empathy for his plight. Johnson, who previously marvelled in the Suspiria remake, is practically on vacation here. The script has so little for her.

And so the film drifts through a dull midsection of drink-driving and sundry bad behaviours from Will. He bemoans to Alicia that Carrie doesn’t love him any more, but this isn’t really evidenced outside of his own manipulative comment on it. Either the line is a further attempt from Will to rationalise trying to sleeping with Alicia, or he’s incapable of accepting what he already has. It’s only after this that Carrie gets mad at him and, frankly, she has every right to be. “I’m a grown ass man,” Will grumbles to bar owner Rosie (Kerry Cahill).  He’s two-thirds right.

Anvari’s established knack of making the familiar terrifying struggles to surface. It’s there, fleetingly. Some of Will’s night-time encounters wandering around his apartment muster a few prickles. Mostly, however, it seems stifled by the weak material, or else its countered by the impulse to randomly edit in frames of eyeballs or severed heads. And hooray for the inclusion of one of horror’s most tired tropes; a rash that externalises the lead character’s psychological decline. Not to mention the scene where he also Googles the exposition required to explain what’s happening. 404 Not Found.

One hopes that the general failings of Wounds can be attributed to poor decision making on Anvari’s part. He’s already shown he has the chops for great horror. Either he’s off his game already (a worrying sign) or he simply should’ve chosen a better source (the script is his, based on Nathan Ballingrud’s novella).

Frequently, the characters here get lost in time, not knowing how long they’ve been daydreaming or snorting coke; a symptom of the phone’s evil effects. Watching Wounds at home, however, has the opposite effect. You’ll feel acutely aware of how much of your time has been stolen. 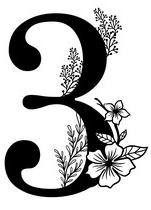