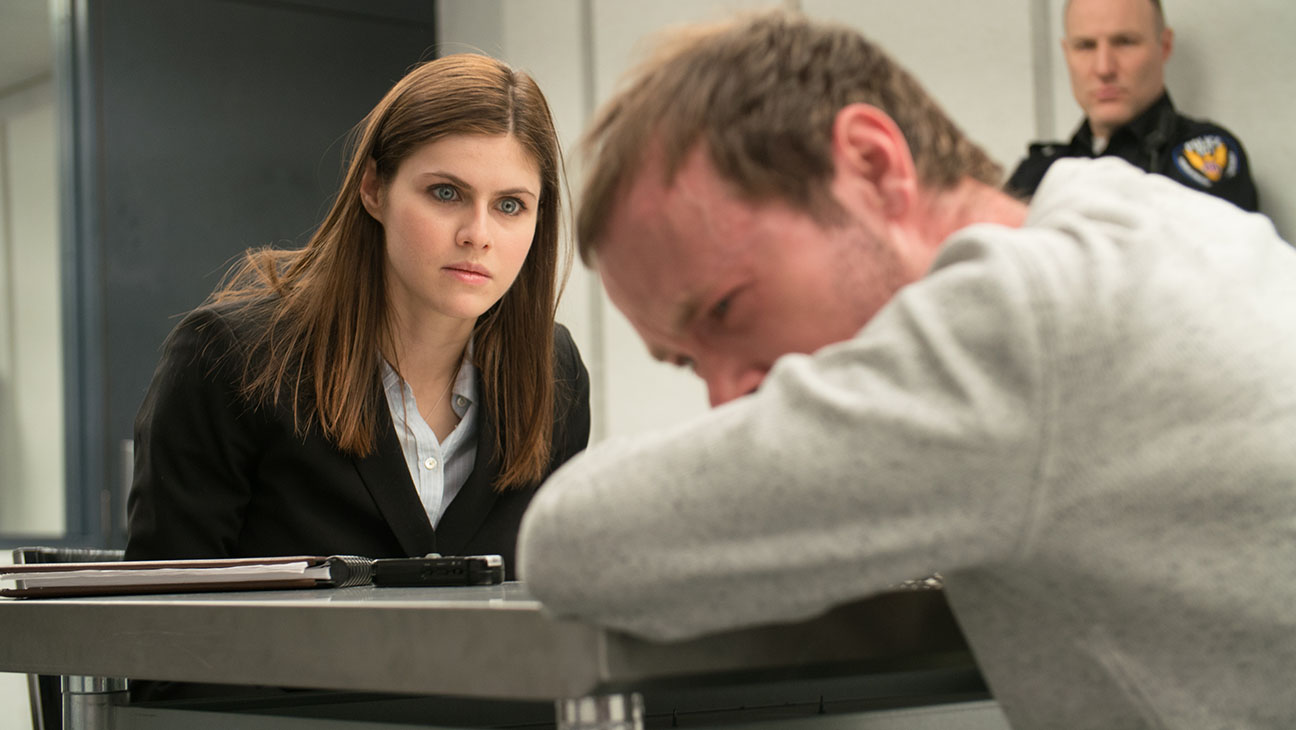 Looking for all the world as though Oscar Isaac said, “No”, Henry Cavill stars here in a criminally uninspired throwback to the 90’s glut of po-faced serial killer thrillers. He plays tough, uncompromising Lt. Marshall; an angry tower of a man, grumpily waving his gun and torch down a series of poorly lit corridors and stairwells. Back at the station, Alexandra Daddario’s criminal psychologist Rachel politely recites dialogue, looking as though its her first day and its not going well. Together they investigate the abductions of a number of young women who have all been deafened by their captor.

Working in the sidelines are oddball father and daughter Cooper (Ben Kingsley) and Lara (Eliana Jones), who have seemingly binge-watched one too many seasons of To Catch A Predator. Living and working outside of the law, she baits grotesque male predators until he handcuffs and castrates them. They’re like a really awful Batman and Robin.

Rachel is left to stare wide-eyed at the gibbering wreckage of their prime suspect Simon (Brendan Fletcher); a schizophrenic (obviously) who she tries to rattle by… untucking her shirt and asking if he likes her tits(…?). I guess that’s how a female member of law enforcement earns her renegade points in this movie’s dubious world view. Meanwhile, the likes of Nathan Fillion and Stanley Tucci take up space in the sidelines, sighing their way through the material. Marshall mainly works alone, chiselling half-heartedly toward his own stroppy core.

Marshall’s home life is a train wreck, of course… or it would be if there were any material there. He’s paranoid about the safety of his teenage daughter in this bleak and hostile world, which mostly translates to wandering around sparsely furnished hallways in one of several well-knitted jumpers, brooding with a big furrowed brow. Night Hunter doesn’t even have the presence of mind to fold this into its horrendous third act.

This is the kind of film where a crime scene will feature “an awful lot of unidentifiable DNA” (no, no idea) and where a drone score will drift from scene to scene with no discernible sense of direction or motivation. This, at least, adequately mirrors the ambitions of the piece. It’s the kind of film in which offenders coop themselves up in basements strung with fairy lights, playing Christmas music regardless of the season. The kind of film where everyone’s deadly serious and the colour palette is permanently shaded to dull aquatic blues.

This is mid-evening ITV fare, and quite how it has attracted the likes of Kingsley, Tucci or even Fillion remains far more fascinating than the plot itself, which is derivative in the extreme. Kingsley’s Cooper opens up a can of worms talking about vigilante justice, but Night Hunter doesn’t particularly know where to take that conversation, so drops it. Its position amounts to a casual shrug dolled out by Marshall to Cooper across a small car park. Night Hunter can be granted clemency for how it belts along… but then there’s nothing of depth here worth dwelling on, so keeping things pacey is easy.

With multiplexes stuffed with spandex movies and unending franchise fever, the appearance of anything slightly off-template ought to be a cause for celebration. Trouble is, in this case, the paint-by-numbers approach offers up very little reason to make time in your schedule for a different kind of experience. I half-wonder if writer/director David Raymond is just as surprised as anyone that his film has trickled into theatres; it has the feel of a buried Netflix Original all over it.

And aside from a couple of fleetingly absurd moments handed to Daddario, Night Hunter doesn’t even have the presence of mind to be unintentionally funny like The Snowman, which is just plain rude.