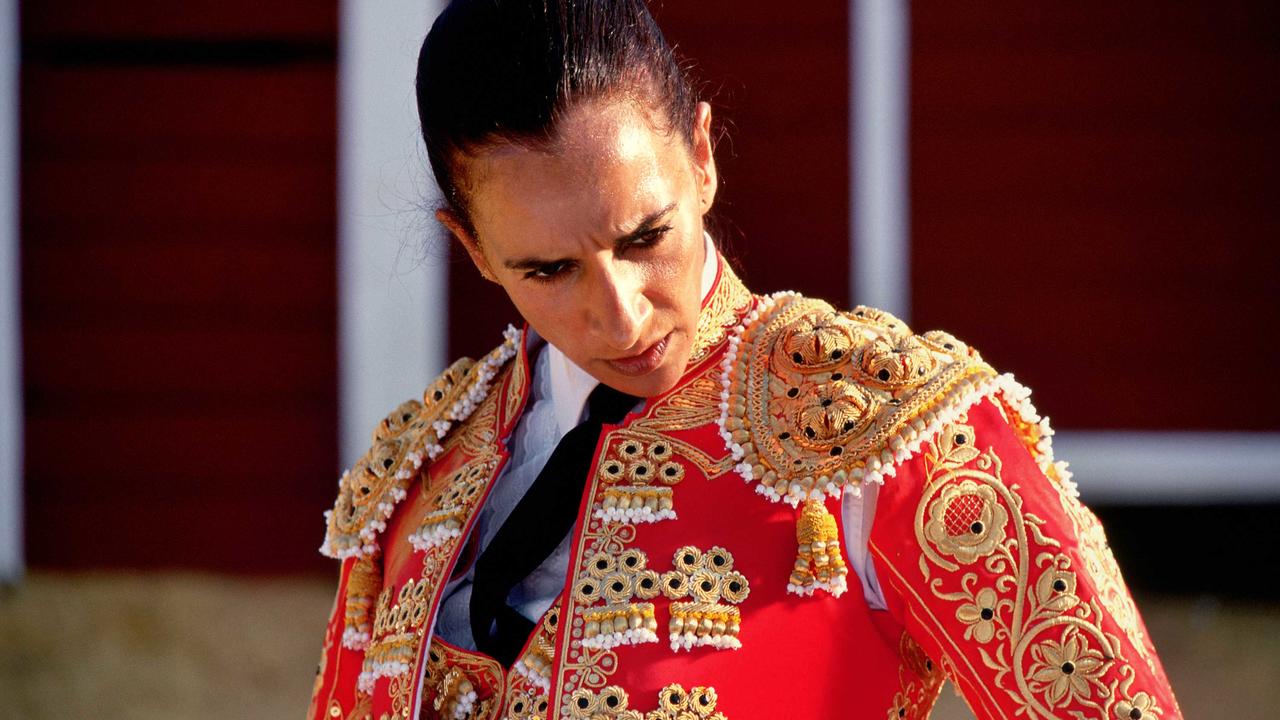 Echoes and opposites permeate all facets of Talk To Her, Pedro Almodóvar’s slyly coiled melodrama, his first film following the worldwide embrace of All About My Mother. The opening shot of the film sees two dancers on stage; the one in the background an echo of the one before us. Their movements are out of sync, as though one might be the shadow of the other, or a ghost of her present. The dancers are watched by two men, sat side-by-side but perfect strangers. Over the course of two hours, Almodóvar will show them as both echoes and opposites of one another, bouncing between positions; the story itself a delicately balanced dance. The film ends in the theatre, too, with another pairing. These scenes form a set of parentheses around a beguiling tale of obsessions and blurred sexuality.

The release of Almodóvar’s semi-autobiographical latest, Pain And Glory, seems to have triggered at least two retrospectives of the Spanish director’s work. On streaming, MUBI have gone back to the start, charting highlights of his breakout 80’s period (and presumably beyond as time goes by). Picturehouse Cinemas, meanwhile, have devoted one of their weekly strands to a reappraisal of his 00’s output. It is from this crop that I pull Talk To Her.

Whether its a welcome revisit or that intoxicating first flush, Talk To Her is an uncanny piece to confront. Almodóvar’s career is peppered with attempts to provoke or upend the status quo, from rambunctious nuns in Dark Habits to the sexually slippery surprises of The Skin I Live In (too wonderful to spoil here). All About My Mother was rightly praised for its openness and transgender representation. Talk To Her is trickier. It’s ethics mired in a conversation about toxic male urges. Spoilers to follow…

When we first meet carer Benigno (Javier Cámara), he appears quite aptly named; a portly wallflower seemingly devoid of machismo or testosterone-fuelled aggression; enough for us to perhaps assume asexuality. He dotes on comatose patient Alicia (Leonor Watling), attending to her with obsessive altruism. He seems like a saint. Almodóvar will scold us for making such assumptions of his character, however. Mid-film flashbacks reveal a stalker’s history with the vegetative girl, and an undercurrent of hostile entitlement.

Opposite him we find Marco (Dario Grandinetti); a gregarious journalist assigned a female bullfighter to profile by his editor. The object of this article, Lydia González (Rosario Flores), encorsels him and, from the moment he bravely saves her from a snake, the feeling becomes mutual. Months into their burgeoning relationship, Lydia is gored by a bull and left comatose in the ward next to Alicia’s.

It is through this series of coincidences (the kind only real life and really good melodrama can possibly conspire to) that Marco and Benigno come to know each other. Their opposites are the first items of business for Almodóvar to showcase. Benigno talks constantly to Alicia, while Marco remains stoic; hemmed in by his more traditional masculine sensibilities. Benigno encourages Marco to talk to Lydia, but Marco finds himself at a loss. He doesn’t perceive a person there at all.

And this is, perhaps, the point at which these two men start to become intermingled. For Benigno, the lack of response from Alicia is immaterial; a troubling symptom of his fixation which suggests a man incapable of dealing with a woman of full agency. Marco, meanwhile, doesn’t know what to do with himself. He is tethered to an unresponsive partner, arguably as present as he’s ever been with her. By extension, Talk To Her feels like a comment on this toxicity across society; the objectification of women; its prevalence and its dangers. 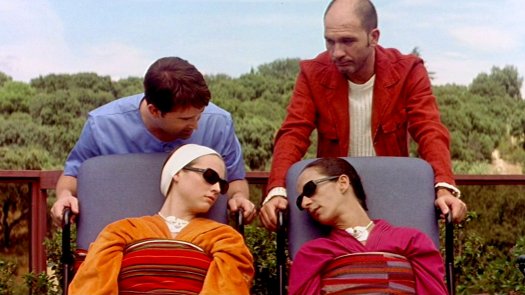 Things become thornier during third act revelations that Alicia has become pregnant. Proof is never brought before us that Benigno is to blame, but still he is imprisoned for the crime and there are no other more convincing suspects. Nevertheless, Almodóvar has, by this point, seeded the connection between Benigno and Marco so successfully that we can never been 100% certain of Marco’s innocence. It appears out of character, but when Marco visits Benigno in prison, Almodóvar deliberately allows their reflections to merge. It calls to mind the blurring of personalities found in the likes of Ingmar Bergman’s groundbreaking Persona, or Robert Altman’s 3 Women. As a result his potential culpability cannot be fully discarded. Benigno becomes Marco’s reflection in potential, if you will. The insidious idea that harmful behaviour is something we’re all capable of, at some level.

Marco finds Benigno’s guilt immaterial to their friendship, and even takes up residence in the accused man’s apartment, looking out over the same ballet school where Benigno became infatuated with Alicia to begin with, doubling down on this suggestion. The most troubling aspect of this portion of the story – by far – is that, bringing a stillborn child to term, Alicia wakes from her coma. This event is articulated as a blessing in the film, and so Almodóvar comes perilously close to suggesting that rape has proven beneficial to the victim in this instance. That we are still asked to feel sympathetic toward Benigno only adds to the murky ethical mire of the film…

…were it not for Almodóvar’s reputation.

His cinema by this point had a proven track record of representing women well. And also, as mentioned, for finding pleasure in provocation. As an auteur, his worldview has been made clear through his art. Thus while watching we are aware of the director’s own eyes, looking out through the frame at us. Talk To Her’s stage-bound parentheses extend to an acknowledgement that this is all high drama, and even the salacious material takes place at a remove from ‘reality’. Never is this more apparent than during the playful and hysterical film-within-the-film; a mock-up of silent cinema theatrics that turns into a strange, sexual re-imagining of Jack Arnold’s The Incredible Shrinking Man. Take this seriously at your peril, Almodóvar seems to be saying.

Still, there are serious things being said. Emotionally stunted responses from men like Benigno are revealed to be dangerous and the cause of crises by Almodóvar. Alicia’s hair clip becomes an unseemly totem of his. Marco is clearly a separate person from him, but he still has the ability to empathise with his friend, right until the end. Perhaps that is another lesson being imparted here; it is possible to identify with a monster, without descending into the same unflinching depths, and in these grey areas we might hope to find some understanding.

Talk To Her feels precariously balanced; a deft sea-saw act which reflects and contrasts on itself from multiple vantages. Tomboy Lydia is the opposite of effeminate Benigno, while the relationship between the men is tender, with a mild sexual undercurrent wholly appropriate from a filmmaker always ready to embrace fluidity and discard societal norms. Talk To Her is just so damned well made, and with a sensational narrative for the ages, never anything less than totally engrossing.