With The Ballad Of Buster Scruggs arriving on Netflix, it felt like time for a daunting career appraisal of the brothers Coen. Theirs is a cineliterate canon; a body of work in constant awe of past masters, yet imbued with their own inimitable style. Their reverence is transformed into the personal. Thanks to faithful work with the likes of cinematographers Roger Deakins and Bruno Delbonnel and composer Carter Burwell, you can always spot a Coen Brothers movie the moment you set eyes on one. This is a wholly biased ranking of their 18 feature films to date, and possibly not without controversy in its ordering. Something we’ll get to right out of the gate…

Revered by many as one of their best, this Tex Avery inspired tale of baby kidnapping has not aged particularly well. Though there’s plenty of nostalgia in seeing Nicolas Cage in his bottle rocket youth, the overall approach is far too cloying. There’s no doubt that the brothers evidence technical skill throughout, but that doesn’t quite make up for how irritating most of it is.

The brothers’ first foray into remake territory didn’t quite pay off. But in fairness, this isn’t as bad as its made out to be… some of the time. Tom Hanks’ only outright villainous role so far is worth the price of admission alone for its strangeness, and the supporting cast bring a lot to the table. That’s not always a blessing. Unfortunately, most of the good work is nullified by an insufferable Marlon Wayans. 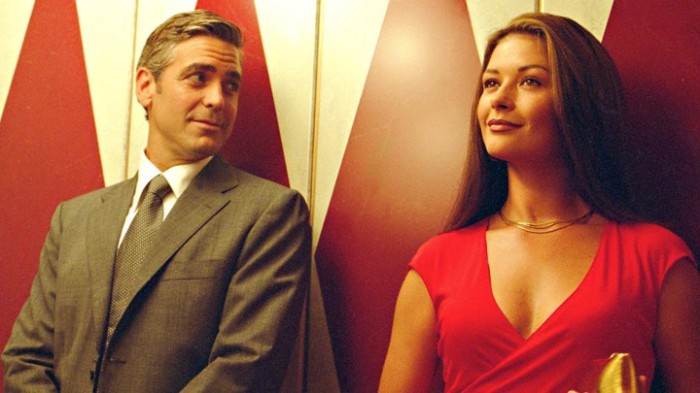 The other turkey from the Coens’ post-millennial wobble. Again, its worth stressing that there is a lot of good work present in Intolerable Cruelty. Their trademark humour is certainly in evidence. Still, you can’t shake the feeling that this is a salvage job. Tellingly theirs aren’t the only names on the script. A concerted effort to sell fool’s gold, certainly, but still it pales when compared to the real deal.

The unexpectedly popular soundtrack curated by T-Bone Burnett helped propel this pleasing farce, loosely inspired by the work of Homer. The digital colour-correction was the movie’s other big headline at the time, though the approach looks somewhat dated now. It was certainly influential; ensuring that a vast array of lesser movies made in the following years now also look similarly dated. 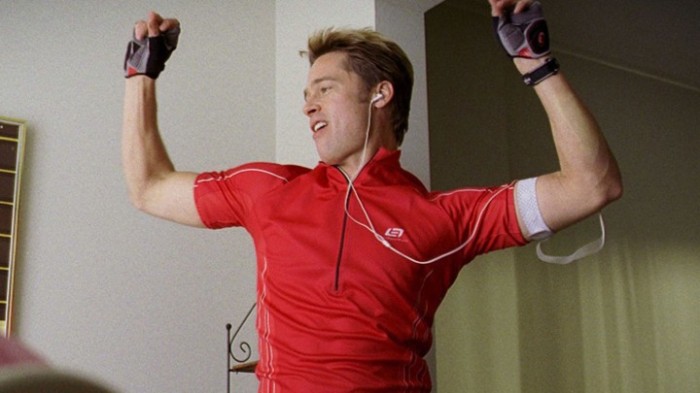 An itchy nihilistic giggle of a film. Appearing just a year after their big Oscar winner No Country For Old Men, Burn After Reading felt like reassurance that the Coens weren’t about to let the Academy go to their heads. This is about as squirrelly a piece of work as they’ve ever created, wrong-footing the viewer at every turn with dark glee.

The Coens’ other big Western, and a remake to boot, True Grit is an absolute pleasure, not least thanks to the interplay between young Hailee Steinfeld and a particularly craggy Jeff Bridges. It also feels the influence of Steven Spielberg – on board as executive producer – as this is the most fancifully adventurous picture the brothers have made to date.

Something of a bomb on release, The Hudsucker Proxy has since grown something of a following and has been reappraised as an inventive and joyful entry in their canon. Pointedly in homage to the screwball comedies of the 30’s and 40’s, the film also keenly feels the creative presence of Sam Raimi (look out for the associated Bruce Campbell cameo). The rat-a-tat style isn’t for everyone, but give over to it and there are bags of fun to be had. A great New Year movie if you’re intending on staying in.

A bit of a hedged-bet placement, I’ll admit. We’ve not had the time yet to identify exactly where Buster Scruggs will land in the legacy of the Coens. Still, as it settles in the mind it feels as though the Netflix movie is already ripening, resplendent with great moments ready to be relived. There’s a gold streak here, bright as Tom Waits’ reverential ‘pocket’.

This magnificent Texan noir debut is rough around the edges but in all the right ways. The first of their many bag-full-o-money yarns – and the movie that introduced Joel Coen to Frances McDormand; the two are married – Blood Simple is a firecracker worth the discovery or revisit. It’s recently been remastered, so you’ve got no excuse not to. It’s at this point that sequencing these films becomes incredibly difficult, showing their ability to reel off multiple masterpieces. 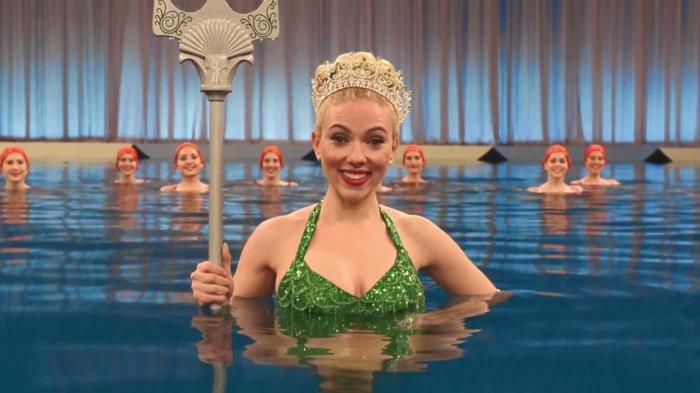 Time is going to tell on Hail, Caesar! which was met with a moderately muted response following their prior critical darling Inside Llewyn Davis. Here at The Lost Highway Hotel, the film is considered an unbridled joy. It is the duo’s most open love letter to the golden age of Hollywood, from Josh Brolin’s harangued fixer to that stunning musical number with Channing Tatum. 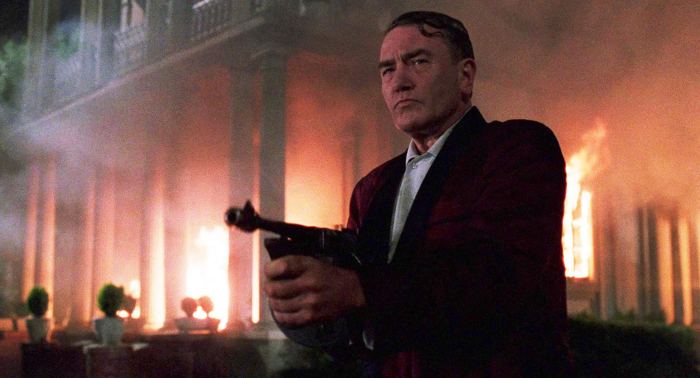 Probably should be higher… but as I say, sequencing gets tough here. The Coens’ superbly knotty gangster yarn is a cold stunner, stylised to the hilt, but so giving. Consider the legion of great performances on offer, from Gabriel Byrne’s weary strategist to Albert Finney’s dignified mob boss. The sequence depicted above is one for the ages. 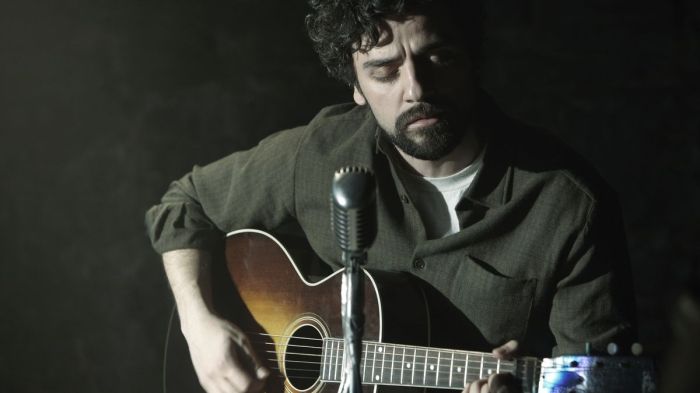 The Coens’ coldest proposition still has such a beautifully broken heart to it. Sexiest Man Alive™ Oscar Isaac plays the prideful title character; a folk singer in late 60’s New York at risk of alienating the few that remain close to him. A lost cat strings together the episodic narrative, but this is as fine a character portrait as you’ll find in recent years, and a quietly mournful tale from its creators.

The writer’s block the brothers experienced on Miller’s Crossing manifested as this film and secured them the Palme D’Or at Cannes for their trouble. Barton Fink is arguably their strangest offering to date, prying into the life of the mind when other American auteurs of the time were taking similar steps to externalise the internal. Theirs is among the most successful and, in its hellish finale, offers the scariest depiction of hotel living this side of The Shining.

A populist career peak, The Big Lebowski celebrates its 20th anniversary this year and has made a welcome return to cinemas around the country. Endlessly quotable and beloved enough to have a (literal) cult following, rumours of a sequel (official and otherwise) surface with regularity. But this one is likely best left as comedic lightning in a bottle. 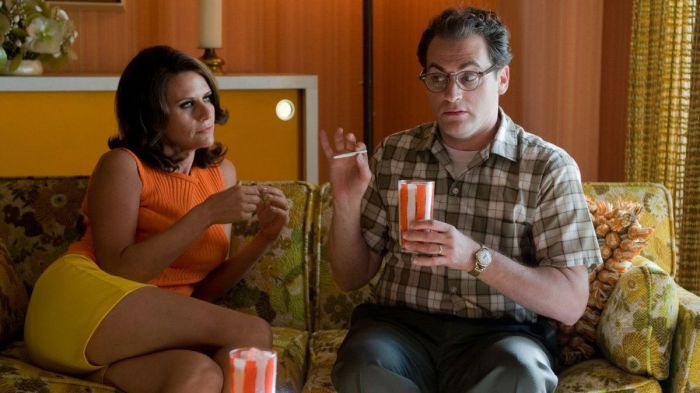 The Coens’ most personal film – and by extension also most pointedly Jewish – A Serious Man revisits the world they inhabited growing up in the late 60’s. In the process they give us a brightly coloured existential nightmare. Casting cherished character actor Michael Stuhlbarg in the lead is the masterstroke and then there’s that final shot. An under-seen stunner.

By 2007 Joel and Coen had suffered some reputational damage following the commercial and critical bomb of The Ladykillers. They also took the first ‘break’ of their careers – a whopping three years – only to return with this. A sparse, faithful adaptation of Cormac McCarthy’s bleak crime novel; the less is more approach bagged them Oscar glory (in a HUGE year for great films) and gave the movie world Javier Bardem’s iconic killer Anton Chigurh. Classic.

With the exception of Frances McDormand’s mild-mannered and heavily pregnant law officer Marge Gunderson – and arguably also her husband played by the great John Carrol Lynch – everyone in Fargo is an idiot. A comedy played deceptively straight, this is classic Coens territory; a tragedy of stupidity, so effectively deadpan that its possible to read it as wholly serious. The spin-off show is basically the best thing to happen to television this decade, also. 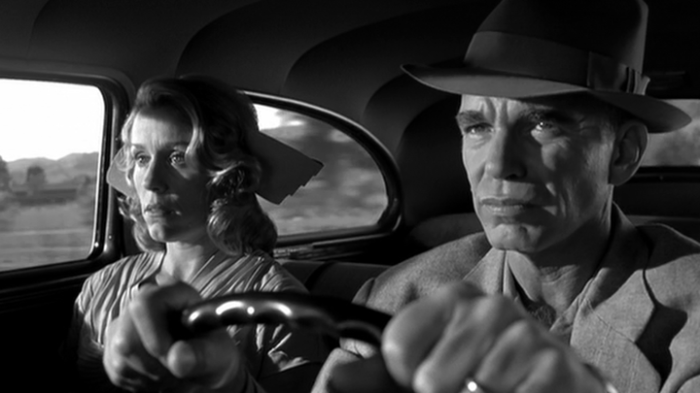 The Man Who Wasn’t There is – frustratingly – probably the least seen Coen Brothers film, certainly among their masterpieces. Billy Bob Thornton is excellent as a 50’s barber who longs to be a dry-cleaner, involving himself in an inevitably haywire blackmailing plot that leads to accidental murder. Deakins’ black and white photography stuns repeatedly, but its the way in which the film grows funnier and funnier each time you return to it that lands it the top spot. It’s also slyly soulful, with a throwaway UFO motif planting a touching loneliness into the mix. I wasn’t convinced at first. It’s taken time. But it’s utterly perfect. Seek it out… and nurture it by returning every few years. It’s worth it.

2 thoughts on “Ranked: The Coen Brothers”