As the year draws to a close it strikes me that there are a few films I’ve caught up on but not reviewed. Mostly I like to try to post my reviews in a timely fashion for when the films in question appear in the cinemas or on VOD services here in the UK. These, then, are the titles I’ve played catch-up on, so haven’t previously taken the time to go into my usual indulgent diatribes over. But they’re all worth mentioning; titles to look out for on home release or streaming services over the coming months. They’re not perfect (although the first one has a good go at it), but I’d feel remiss if I didn’t give them a shout out:

I’ve only just caught this, but if I’d have seen it when it appeared in the UK back in August it’d have made my top 20 of the year for sure. Reichardt’s eco-terrorism thriller is a precise, measured nail-biter as Jesse Eisenberg, Dakota Fanning and Peter Sarsgaard plot to destroy a hydroelectric dam. This is my first experience of Reichardt’s work, but if it’s emblematic of the rest then there’s a veritable treasure trove for me to work back through. Night Moves recalls the subdued, suspenseful pessimism of other recent low-key yet powerful thrillers (in terms of sensibility, Martha Marcy May Marlene came to mind for me). If that’s your bag, add this to your must-see list immediately. The scene where they attempt to buy fertiliser alone… I was gripped. Seriously. 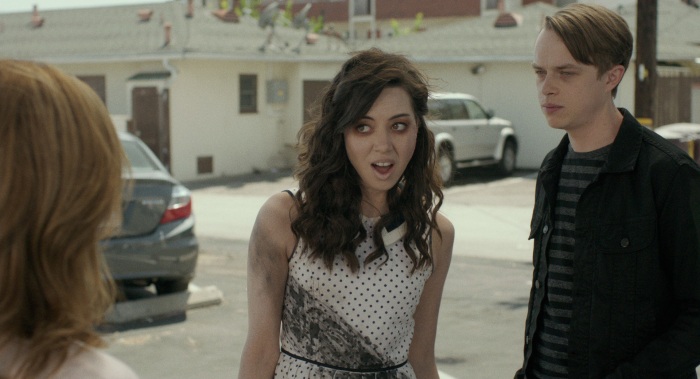 This one really didn’t play widely here in the UK. It’s not hard to understand why (the mixing of comedy and horror rarely inspires multiplex confidence), but it’s a shame all the same. Dane DeHann’s sensitive young romeo grieves the death of his girlfriend (a superb Audrey Plaza), only to discover she has risen from the grave. It’s an altogether different zom-rom-com from the likes of Shaun Of The Dead or Warm Bodies, but Life After Beth excels thanks to it’s truly bizarre tone. John C Reilly, Anna Kendrick and Paul Reiser are among the roster of talent who provide spirited support, but this kooky little indie shines on the strength of it’s decidedly offbeat sense of humour. If the idea of zombies loving smooth jazz appeals to you, you might want to catch up.

Roger Ebert was a huge inspiration for me, as he has been to countless others who love film and feel the compulsion to write about it with any modicum of passion. Reading his reviews from the Chicago Sun Times showed me that you can critique film and bring a part of yourself to the conversation also. James’ documentary portrait of the man was started before his death, and shows unflinching scenes of his deterioration, but it also celebrates the man, his life and his efforts. And while it’s occasionally a little glossy, James manages to make his film a love letter to the cinema itself, one movie buffs will almost helplessly connect with. 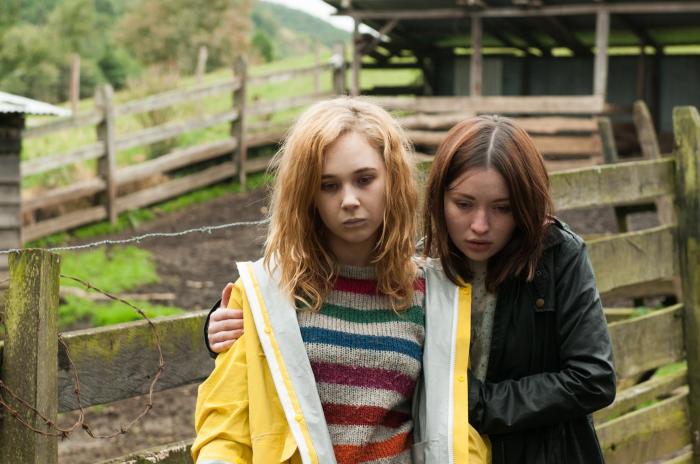 There are two extremes in Sebastián Silva’s serious B-side to Crystal Fairy & The Magical Cactus. The first is how staggeringly obnoxious and irritating Michael Cera’s character Brink is (Cera seems to be purposefully exaggerating all of his most annoying, whiny habits). The second is just how good Juno Temple is. She’s shone previously (most notably in William Friedkin’s Killer Joe), but Magic Magic might be her most impressive turn yet. The film sees her play Alicia, a girl possibly suffering a psychological break while vacationing in Chile with her jerk boyfriend (Cera) and his almost-as-insipid friends. Give it time, however, and Silva’s movie becomes an insidious and untrustworthy little beast. Modestly disquieting.

’71 saw Yann Demange upgrade from a strong career directing for television (including Channel 4’s Dead Set) to a confident feature outing. Not only that but it further secured Jack O’Connell’s position as the latest ‘next big thing’. He plays Gary Hook, a solider stuck between a rock and a hard place (or the Protestants and the Catholics) in Belfast during the titular year of ‘the troubles’. That’s quite enough use of quotation marks. Demange’s film is a firmly British experience, yet it pulls influences like early John Carpenter into its orbit, creating a tough, claustrophobic overnight thriller. Another success for Warp Films, and everyone involved, really.

The question of whether we’re merely ‘beasts with big brains’ looms large once again in Reggio’s first feature film in 11 years. Visitors plays like the black sheep of the family when set beside his previous landmark QATSI trilogy, but is by no means the runt of the litter. Entirely in black and white, set (as ever) to a sumptuous Philip Glass score and comprising of just 74 shots, Visitors doesn’t so much break the 4th wall as remove it entirely. In many instances we are met by exquisitely lit faces staring right back at us, challenging us to read their emotions. Later, our physical and emotional responses to technology are abstractly addressed. Yet the most striking images often remain the most simplistic; a young girl riding a merry-go-round, or the scene stealing gorilla (above) that disarmingly turns its attention directly to camera. Visitors plays like a museum piece or an art installation, and requires the same uninterrupted contemplation.

At the polar opposite end of the spectrum is this sleazy little slice of exploitative wickedness, in which reunited buddies Craig (Pat Healy) and Vince (Ethan Embry) become the pawns of rich husband and wife Colin (David Koechner) and Violet (Sara Paxton). A night of drinking and dares slowly escalates into something altogether unsavoury, as Craig proves willing to do almost anything to dig himself out of debt, and Vince’s competitive nature sends them on a downward spiral together. What follows is not for the faint-hearted (trust me, you don’t want to sit down to dinner with this one). Queasy, occasionally downright-unpleasant viewing, but with a streak of vicious, jet-black humour in there as well, Cheap Thrills is a biting indictment of our voyeuristic times. It’s good to see Healy and Paxton reunited in such different roles following their pairing in The Innkeepers, but the best surprise of all is Koechner as Colin. Probably Eli Roth’s favourite film of the year; which is as much a recommendation as a warning, depending on your tastes.

Last but by no means least is this paean to teenage irresponsibility and ennui… Wait, come back! This feature debut from Gia Coppola shares some of the lyricism of her aunt Sofia’s work (and by far eclipses her most recent effort, The Bling Ring). Sun-scorched, ambling, but with enough beautiful little moments in the mix to make it worth the indulgence. Based on a handful of short stories by James Franco (who wanders in and out of the narrative as a teacher) Palo Alto has Emma Roberts as it’s appealing focal point orbited by a number of peripheral characters all going through their own varying growing pains. Mercifully lacking in the kind of ‘cute’ moments that populate a lot of modern indie darlings, Palo Alto suggests this is another Coppola to keep a close eye on.