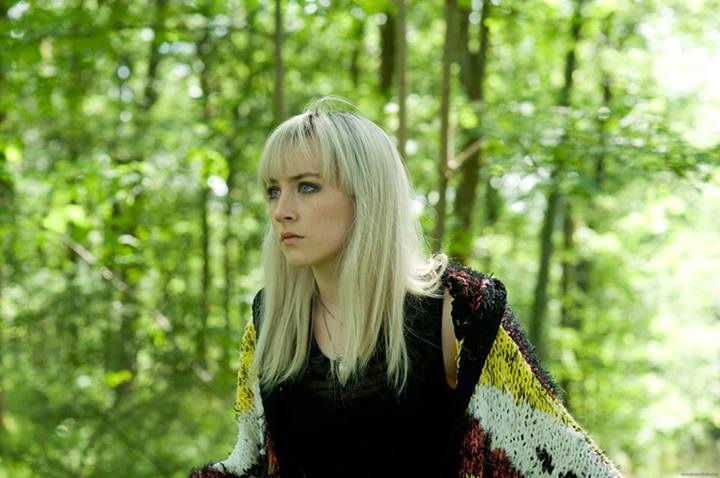 How I Live Now is the latest film from Kevin MacDonald, the Scottish documentarian-turned-movie-making-machine whose forays into dramatic features has so far failed to cohesively ignite. For all it’s Oscar-baiting attention, The Last King Of Scotland largely left a sour taste in the mouth, while State Of Play and The Eagle can hardly be hailed as outright successes either. Once again taking his inspiration from a literary source, MacDonald’s latest takes the seemingly lighter tack of aiming at the teenage market with this adaptation of Meg Rosoff’s young adult novel. However the results aren’t quite as breezy as all that.

Set in a decidedly indistinct but not too distant future, it sees Daisy (Saoirse Ronan) arriving in the UK from America having been presumably dispatched by her uncaring father so that she can spend time with her cousins in the picturesque English countryside. Her unseen daddy either isn’t aware or doesn’t care that the whole of Europe is on the brink of World War III, as news bulletins and a pronounced military presence litter the edges of the picture.

Daisy meets her cousins. Bespectacled Isaac (Tom Holland, who also did voice work with Ronan on Arrietty), ginger-mopped Piper (Harley Bird) and Edmond (George McKay), her brooding peer, who initially appears her equal in sullenness. Appalled by the lack of hygiene on display and unappreciative of her new surroundings, Daisy is initially cold to her new-found family, yet the pangs of young love slowly thaw this chilliness as Daisy and Edmund are drawn together. Life grows carefree.

That is until a tremendous boom and an ashen ‘snowfall’ mark an ominous change of tone. With no adult guardian present and society crumbling in the margins, the kids hide out from being separated as martial law comes into effect. Daisy and Edmond grow closer still, and when the military tears their family unit apart, they inevitably promise to reunite in their rural paradise.

MacDonald’s movie is technically assured piece of work that itself suffers the traumas and pitfalls of late adolescence. It’s neither one thing or the other. Far too graphic and disturbing to be called a children’s picture, How I Live Now struggles to shake off the beleaguered trappings of YA fiction, with a story that’s a shade too simplistic and predictable to satisfy older viewers. It straddles the line between the two worlds, a confused outsider, just like its reluctant heroine Daisy. It feels a shade indecisive; those punky opening credits contrast oddly with the doom and gloom of the film’s second half, as the anti-war message offers up some particularly unpleasant sights.

This war is also problematic. The enemy is barely glimpsed and never named, ultimately appearing as little more than out-of-focus figures dressed in black. Anonymous and difficult to place into any greater context. This is surely intentional – an effort to mimic an apathetic teenager’s inability to grasp the global backdrop of their own drama – but it places How I Live Now on uneven ground. The threat is there, but the viewer doesn’t particularly know what it is.

MacDonald does conjure the chaos with some sparing but helpful effects. A burning building here, a boom of aircraft there. He creates much out of little, and certainly enough to get us on board that something serious is going down. However it remains so formless that it ultimately feels like a sketchy McGuffin set up to allow these characters their time in the wringer. The film’s curious lack of momentum and episodic nature can be chalked up to the imprint of the book it sprang from.

Despite these criticisms, How I Live Now succeeds in other areas. First and foremost – presumably like it’s source material – it is there to engage and entertain, and if you surrender yourself to the story, there is much to enjoy and appreciate. For one thing there is the strong reverence MacDonald offers for the English countryside, painted tenderly as all rolling hills and bracken woodland, dotted with cottages and farmhouses and precious little else.

The characters are a good bunch too, and with grown-ups notably absent from the narrative, the vast majority of the film falls onto young shoulders. Ronan is a convincing lead, showing definite improvement from her turn in Hanna and is surely soaring up a number of Hollywood’s casting hot sheets. And as her counterpart, McKay brings just the right amount of seriousness to Edmond. Props also to young Harley Bird, who does a fine job in a thankless role as Daisy’s charge on the gruelling journey home.

If it can find an audience, How I Live Now will likely prove a hit with late teens and young adults. MacDonald and his actors have captured that window of time in life very well, as sensibilities intersect and life hands you a whole heap of changes. You can readily read the war as a metaphor, a combustible drama outside of control or reason, especially seeing as how it heats up just as Daisy has to learn to navigate love and responsibility. If so then it proves a harrowing experience, one from which a person can struggle to recover from. Hopefully, as here, salvation can be found in other people.

Nobody should feel bad about their work here – it is possibly MacDonald’s strongest work of fiction so far – and Ronan especially will see her stock rise thanks to this. How I Live Now is largely a success hampered by a story which doesn’t fully take advantage of itself. Nevertheless, the nagging sense of deja vu can also be read as dependable and effective dramatic formula, one that MacDonald follows to the letter.