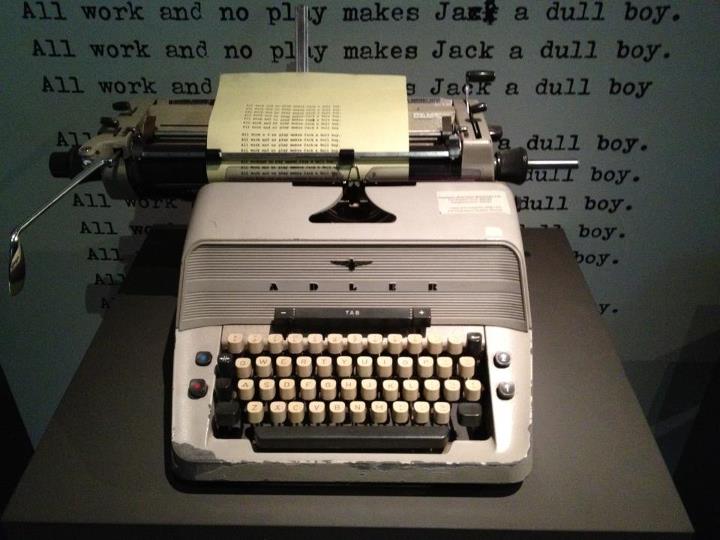 The Hollywood rumour-mill is constantly turning, and there is no shortage of people ready and willing to help it perpetuate. Hell, this post makes me as culpable as any. Earlier this week the suggestion was leaked that Warner Bros might be looking to make a prequel to The Shining, Stanley Kubrick’s 1980 masterpiece of horror (Why I Love… #3) which was adapted from the Stephen King novel of the same name. It seems an odd choice. For one, King himself is soon to release the novel’s belated sequel Dr Sleep which, like virtually all of King’s output, is sure to find itself adapted for the screen soon anyway. For another… well, where would you go with it? And who, particularly, is asking for it?

I’m a fan of both book and movie. If you’ve experienced one positively, please, try the other; they’re very different and very rewarding in different ways. But both left me with a sense of finality and closure. I wasn’t expecting more. I don’t particularly feel the need for more. Even Dr Sleep has warning bells going off for me. Now it’s beginning to seem that Jack Torrance’s ghost-addled cabin fever is going to wind up being the middle instalment of a trilogy. And who honestly expected that? Why tenuously link a new product to an existing one?

It’s just the latest in a string of such unexpected attempts to fill back story and call it a rounded cinematic experience in its own right. Within the last year, two other horror greats have had their pasts (re)-written; Alien with Prometheus, and The Thing with, err, The Thing. There is clearly a growing consensus in Hollywood that building franchises by reverse-engineering a classic will equal a bankable return.

And, unsurprisingly, the phrase ‘bankable return’ is probably the most pertinent contributing factor. In tough economic times, as any budding first-time writer will tell you, completely original material is a hard sell. It carries an x factor. “Are people going to like this? Are they going to be interested? Are we going to make money?” With a brand new product, these questions cannot be answered with any certainty. Whereas a franchise that has already proven successful offers that extra level of security. Just look at The Hobbit, which Peter Jackson has now confirmed is being expanded to three films. I’m ready to be proven wrong, but that sounds like a grotesque bloating of a comparatively thin tale in order to rake in higher box office grosses long-term (though admittedly The Hobbit falls outside of this argument a little for genuinely being based on an existing piece of work).

The answer to the question then, of who is asking for these movies, seems to be Hollywood execs themselves. But are they really that trustworthy? Earlier this year, following a promotional campaign rivalled only by The Dark Knight Rises for over-exposure, Prometheus opened to very mixed opinions. Largely the film received something of a critical drubbing. However it proved a commercial success (a $300 mil gross for a film with a budget of $130 mil). The Thing on the other hand fared less well (a $27 mil gross for a $38 mil investment). And whilst the exposure of the two films varied greatly, the quality didn’t.  Their legacies will likely turn out to be as the lesser siblings of greater pictures.

And so to the prequel to The Shining. Of course it has to be stressed that this is very early days for this proposal. There are no confirmed reports of context not to mention attached stars or directors. But one can already see a future in which this film pulls a huge crowd, regardless of the critical response, simply because people want to see how good or bad it is. It will be impossible to judge it as a separate entity, just as most of the responses to Prometheus have been to compare it unfavourably to Ridley Scott’s classic. Will it dare to mimic Kubrick’s grandiose style and obsession with symmetry? Would anything less strikingly constructed be anything other than a half measure?

For some the film’s very existence will demand an audience, of which I will no doubt be one. I feel somewhat manipulated. Fandom has always been a commodity, it’s how franchises survive, but this shrewd building of franchises out of extant materials feels somewhat devious, not to mention dismally uninspired.

And whilst the prequel to The Thing can be viewed commercially as a failure, its worth noting that John Carpenter’s movie grossed a mere $19 mil. And so on those terms its prequel proved a resounding success. Ultimately it may be up to the viewing public to decide whether we want these origin stories or not by simply deciding whether we’re going to show up, but sheer morbid curiosity might well be our downfall and the studios’ gain.