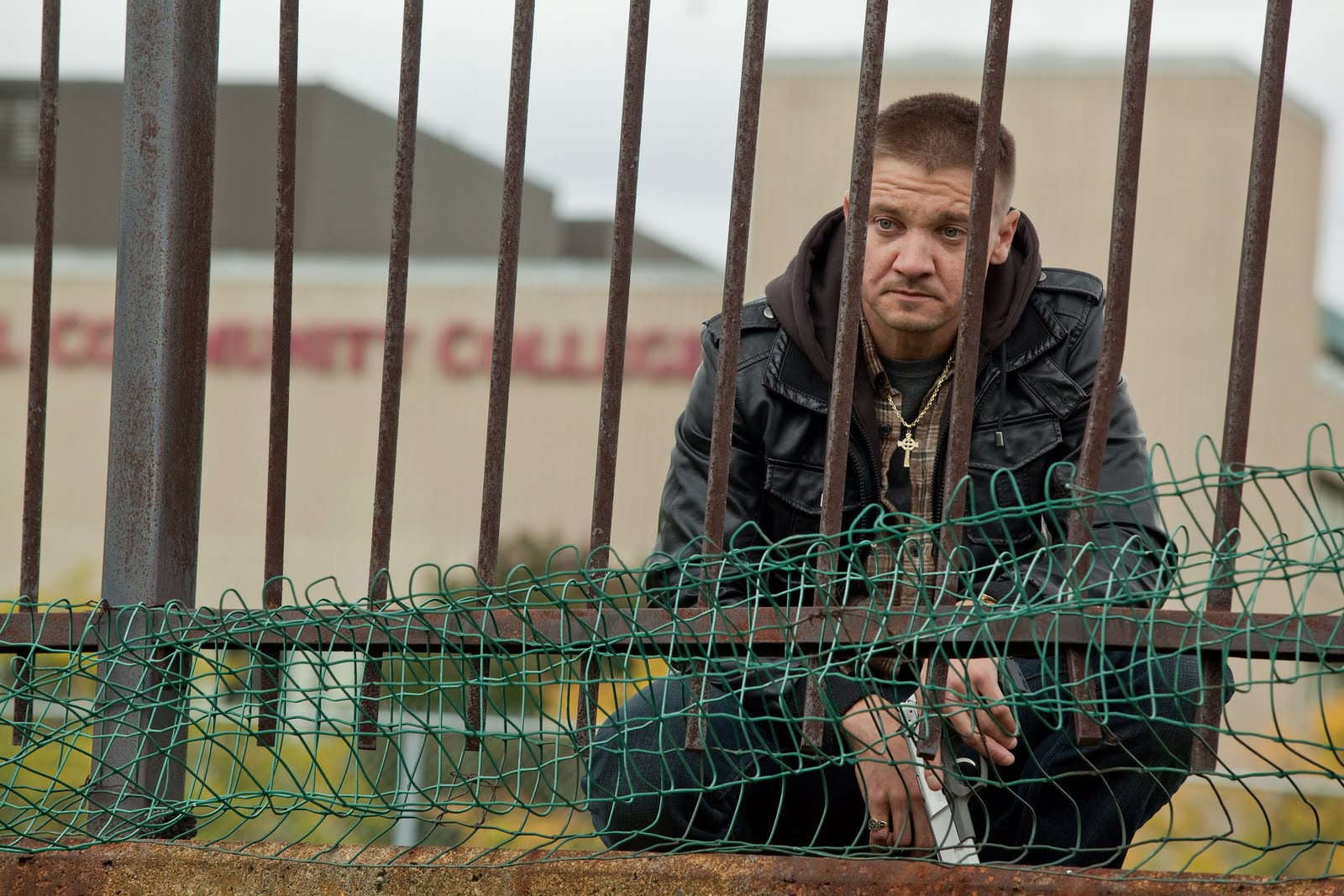 So it’s a film called The Town and it’s directed by Ben Affleck. Not only does Ben Affleck direct the movie, he co-authors it’s screenplay and he’s the lead. You’d forgive me for not going weak at the knees over this proposition. But hold on. His previous directorial effort Gone Baby Gone wasn’t too bad, and then some of the other acting heavyweights got mentioned. Chris Cooper (in only one scene, but hey, it’s Chris Cooper). Rebecca Hall. Jeremy Renner. Titus Welliver (Deadwood, Lost). Jon Hamm (Mad Men‘s own Don-fricking-Draper). And then the reviews were good. Really pretty good.

So what is it? I mean, c’mon… The Town. Talk about not giving much away. The town in question is a suburb of Boston called Charlestown. And, as we are told right off the bat, it has something of a bad (or good depending on your point of view in this movie) reputation for bank robberies. Ben Affleck’s character heads up a crew. They work for Irish gangster Pete Postlethwaite, who does business from a florists. Also on his crew is his brother-but-not-a-brother Jeremy Renner. Renner here playing that-guy-from-The-Hurt-Locker again. Affleck opens the picture damned well. Bam! We’re in with a Skeletor-masked heist, and Rebecca Hall gets taken hostage and set free. The guys walk away with the money and Jon Hamm’s FBI agent is set up to solve the case and get the bad guys. Hey presto, one film.

The story has it’s turns, most of them cliché. Much time is spent on Affleck and Hall becoming an item with the weight of this shared experience – that only one of them knows about – hanging over their heads. Renner is restless, having been recently released from jail and wanting more of the action (here’s where that renegade-attitude from The Hurt Locker comes into play). On the other side of the fence, Hamm plays his FBI guy well, clearly having a blast on the big screen, being allowed to yell “fuck” and wear stubble on his face. If he can escape Don Draper he’ll be a star.

In fact, every actor does well with what they’re given, regardless of whether that turns out to be a little or a lot. You don’t envy Rebecca Hall having to play this well-worn vulnerable girlfriend character, but she bloody well does it. And Affleck steps up to the plate, not actually sucking at all. It’s this level of conviction in the performances coupled with Affleck’s largely no-frills direction that makes much of The Town work quite well. It draws you in with it’s Mystic River feeling, impressing you with material which could very easily descend into TV movie territory. My favourite sequence of the movie, and by far the most tense, simply involved three people sitting around a cafe table in daylight, but it is expertly played. And whenever things seem to be treading water, Affleck jumps things into gear. Midway through a second robbery goes wrong. Badly. The result is one of the best chase sequences I can remember, one that it so successful because it blankly refuses to play to chase conventions.

Sure there were a couple of niggles. Affleck is a good director treading in Clint Eastwood’s footprints as previously noted, but he hasn’t fully matured. A small number of rat-a-tat edits or lumbered slow-motion shots felt pointless, the workings of a lesser film. But by and large I was ready to call The Town one of the better films of the year. So it’s such a shame that Affleck completely fumbles the ball in the last half an hour. Call me crazy, but I was left coldly disappointed when The Town turned into… a heist movie. The guns come out in a prolonged sequence which cries out to be compared to Heat (and doesn’t come off favourably), and then there’s a simple ticking of boxes afterward as the movie struggles to end itself with anything remotely resembling satisfaction for an emotionally invested viewer. Affleck spent an hour and a half making me give a shit, and then pissed it all away.

Quite why it didn’t work is a little mysterious to me. I was into the movie. But I think it was the moment Affleck and Renner suddenly started strutting around in sunglasses that this started to feel like a different film. From there on it was a different film. It was a lesser film. I left wondering what I’d spent ninety minutes getting to know these people for.

I can’t call The Town a bad movie. It has too many redeeming qualities, and Affleck does have talent, as annoying as that may seem. But he isn’t all the way there yet. This movie has convinced me his next one will be worth watching, and is itself sometimes really very good. But not all the time. And it’s never exceptional. Points for trying though.

One Reply to “Review: The Town”